Back in 2010, David Sibley illustrated a very useful chart highlighting the structural differences in the shape of the wings between Vaux's and Chimney Swift. This spring, I had the great fortune to spend quite a bit of time, over several days, observing a Chimney Swift in company with a number of Vaux's Swifts and would like to share some impressions that may be useful to others. Obviously, it's dangerous to base conclusions on one Chimney Swift, especially when it comes to plumage. However, this bird did reaffirm structural and flight style differences when compared to Vaux's under identical light and feeding conditions. This particular bird was remarkably distinctive in many respects and not actually that difficult to pick out (even with the naked eye) from the accompanying Vaux's.

Please click on the photos on this page to see them full-sized and with notes.

Los Angeles is one of the unique locations in the country where both Vaux's and Chimney Swifts occur with some regularity. Vaux's is a common spring and fall migrant, often in large numbers, whereas Chimney Swift is a rare summer visitor and possible breeder (usually at a time when there are no Vaux's around to muddle things). Chimney Swift sightings, however, have decreased over the past 10-20 years and indeed there haven't been any for a few summers now.

This was quite a distinctive feature when comparing the two species and again allowed either species to be picked out even with the naked eye. With both species feeding under the exact same conditions (in both overcast and sunny conditions), each species had a different flight style. The Vaux's typical flight is an almost constant flapping, "twinkling" flight. Vaux's can look a little frantic and quite bat-like as if it is working hard to stay aloft with constant energetic flapping. The Chimney, on the other hand, was much more deliberate and purposeful. Its wingbeats were less frequent and shallower, usually followed by a period of gliding. Any gliding by Vaux's was usually punctuated by quick flapping.

The "bulging" inner primaries feature illustrated by Sibley held up well on the Chimney vs Vaux's. However, we do need care when we focus on this feature and multiple photos should be reviewed if photo identification is being made of a vagrant. It is quite easy to see bulging inner primaries on a Vaux's too, especially when wings and tail are fanned (see photos on this page). However, the Chimney exhibited such a distinctive structure to the wing compared to Vaux's. As mentioned above and because of the larger size of the Chimney, when the two species were side by side, the Chimney was a clearly longer-winged bird. "Pinched-in" secondaries and "bulging" inner primaries gave the trailing edge a "curvy" look. Vaux's, on the other hand, appeared shorter winged with less bulging inner primaries and so less shape to the trailing edge. It's also worth noting that the Chimney (also evidenced on photos of other birds) has a rather blunt tip to the leading edge of the wing (see 2nd plate below). Vaux's has a more pointed triangular tip to the leading edge.

Vaux's Swift on the left and Chimney Swift on the right. Note the comparatively longer wings and curvy trailing edge of the Chimney. Plate by Andy Birch.

This particular Chimney was very dark indeed compared to Vaux's and often appeared blackish in certain lights. Vaux's were generally paler ashy-brown below with a contrasting paler, grayish rump that was visible when the birds were against a hillside. The Chimney was uniformly dark above with a brownish rump. Plumage is obviously variable and some Chimneys can be quite pale and identical in color to Vaux's. Likewise, overcast conditions could make a lone Vaux's appear quite dark.

Click on photos for larger size and ID notes 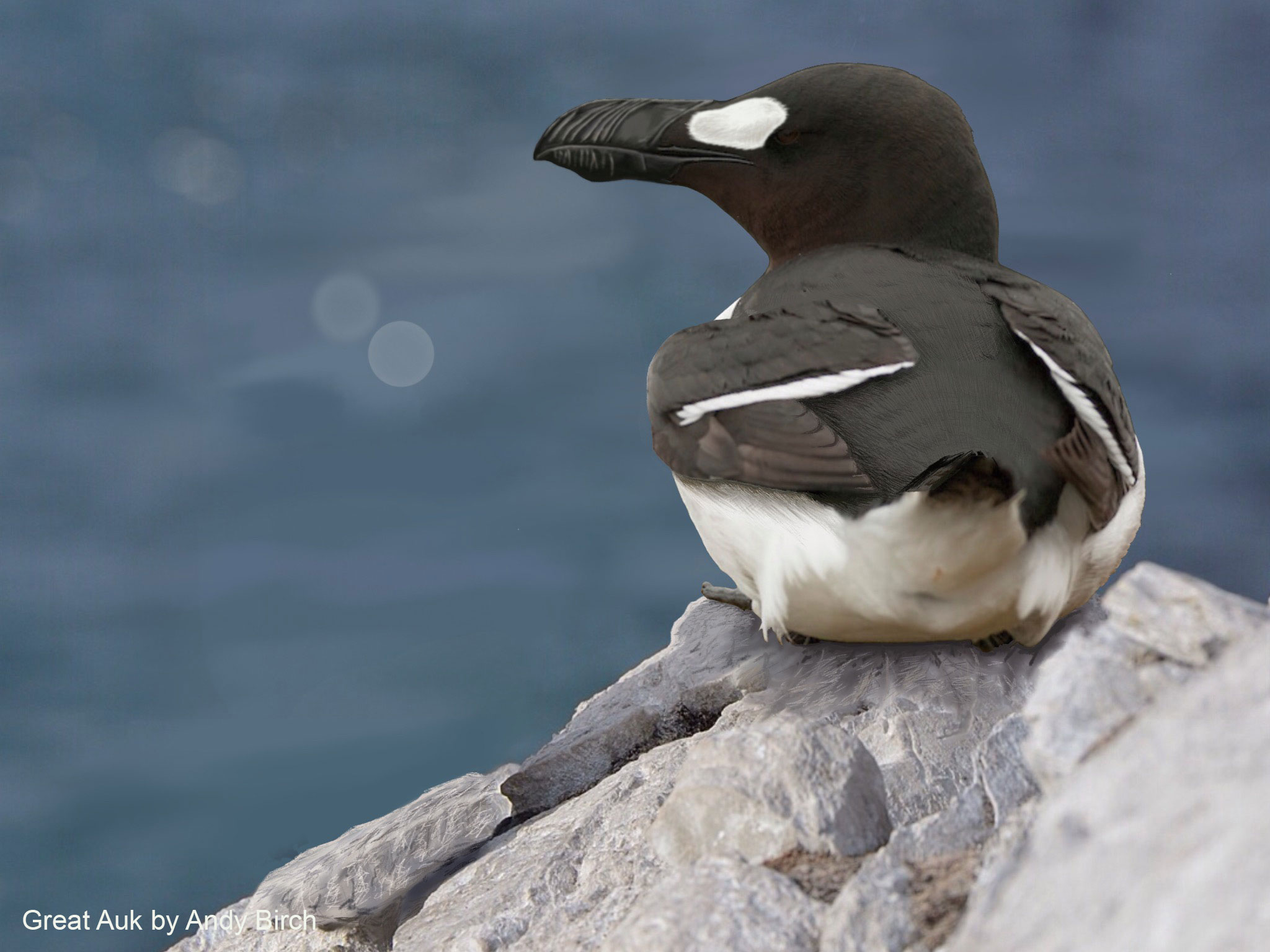 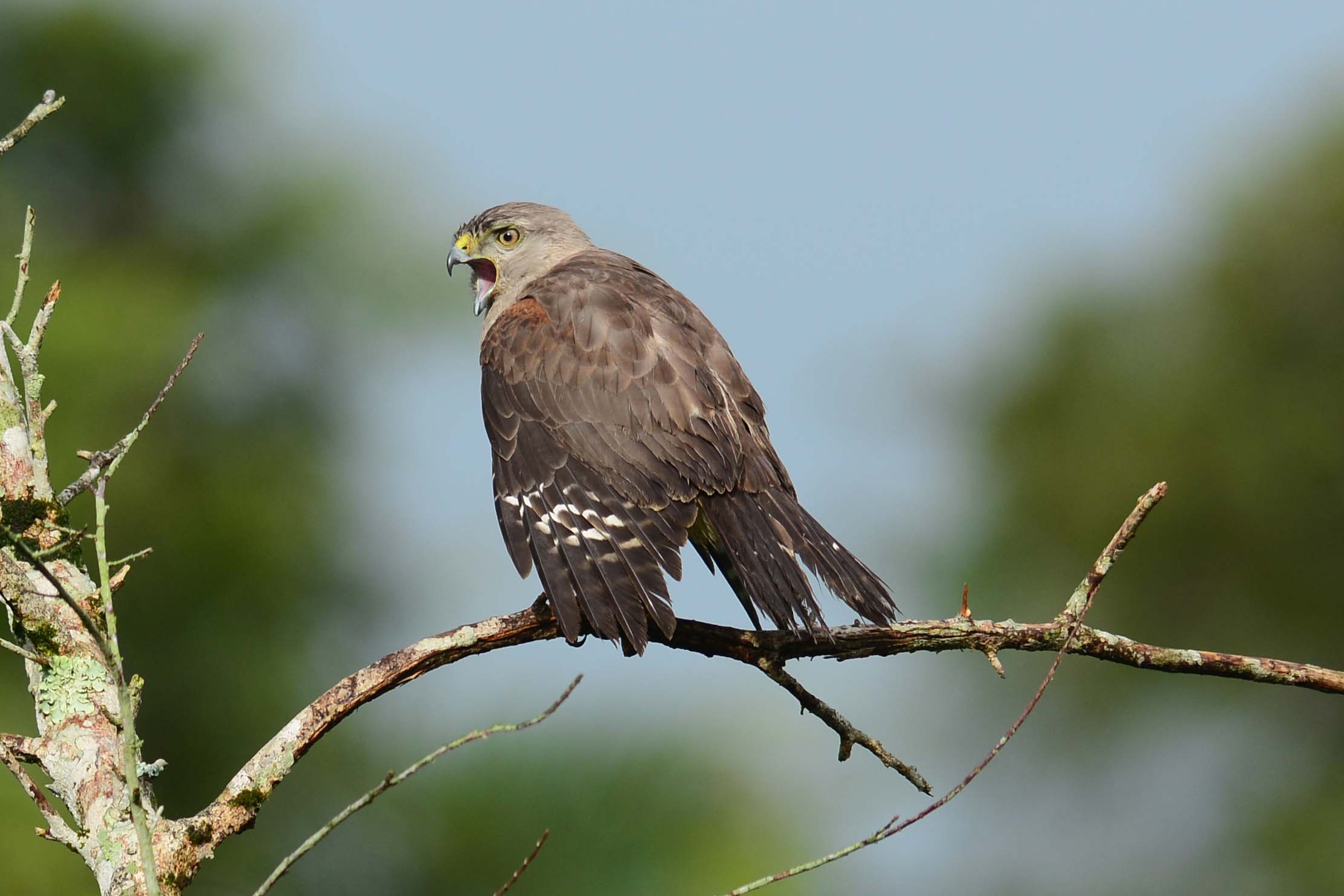 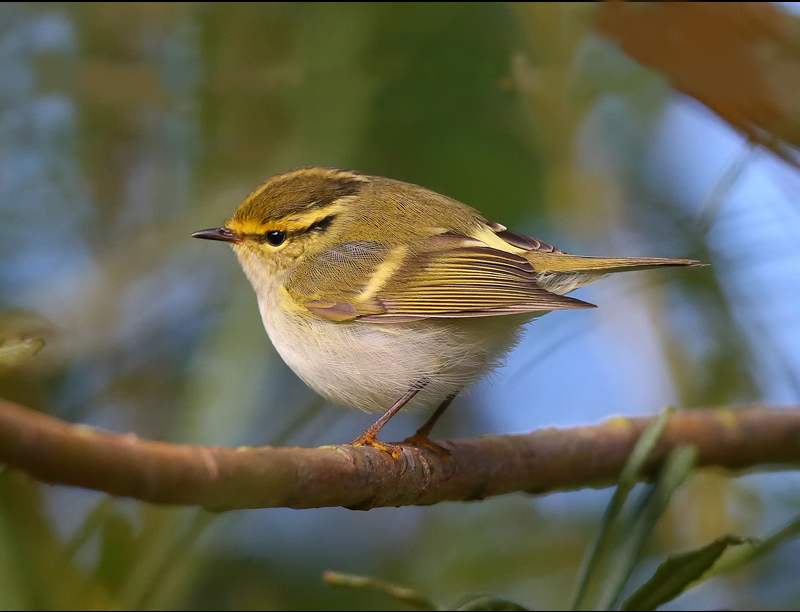