Of all the world's birding destinations, it is Alaska that conjures up visions of remote wild places and the splendour of untouched wildlife. The Probilof Islands support perhaps the largest colony of nesting sea birds in the world as well as a rookery of almost two million Northern Fur Seals. Here these giants spar for precious space amongst a spectacle of thousands of alcids in the Bering Sea. Species such as Parakeet, Crested and Least Auklets, Thick-billed Murre, quizzical Tufted Puffins, cliff-nesting Red-faced Shags and Red-legged Kittiwakes can be encountered. Rarities include Bean Goose, Smew, Great Grey Owl and McKay's Bunting.

Travelling inland birders can explore the vast spruce forests and mirror lakes of the central coast where the bird rookery islands of the Gulf of Alaska and the taiga tundra majesty of the interior's Alaska Range offer perhaps the best wildlife-viewing in all North America.

Nome, a small Eskimo village, on the treeless shore of the Bering Sea offers an impressive selection of nesting birds along the Seward Peninsula. Barrow, the northernmost point in Alaska above the arctic circle hosts an astonishing assemblage of high arctic fauna. Asian species such as Bluethroat and Northern Wheatear share this landscape with Gyrfalcon, Snowy Owl, all four species of eider and Yellow-billed Loon. 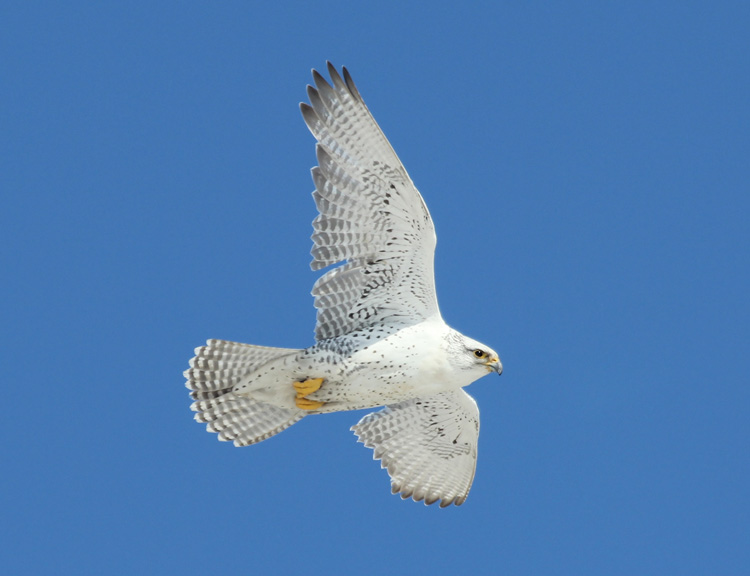 We're back - birding Attu, Fall 2006, author Marshall Iliff (link created November 29, 2006)
(For this endeavor we brought together 100 participants and a veteran team of tour leaders)