The vast majority of visitors reach Antarctica via group tours most of them by ship from Ushuaia. Smaller ships (few than 100 passengers) offer far more time ashore, and guests are generally free to wander around landing sites. Larger ships – which would cause much greater environmental problems and pose enormous rescue challenges in case of an accident – offer greater comfort and less movement in heavy seas, and also cross the Drake Passage much faster. Only a few bird species breed in Antarctica, among them are penguin species – Emperor, Adélie and Gentoo – and Snow Petrels, Antarctic Petrels and South Polar Skuas. Approximately 45 species of birds breed south of the Antarctic Convergence, including seven of the 17 species of penguins. Compared to Antarctica's relative barrenness, the Southern Ocean teems with life. With krill as the basis of its food web, the Southern Ocean supports a wealth of fish, seal, whale and seabird species. Of interest among Antarctica's marine life are the marine mammals: whales and seals. Text supplied by, and for further information, visit Lonely Planet 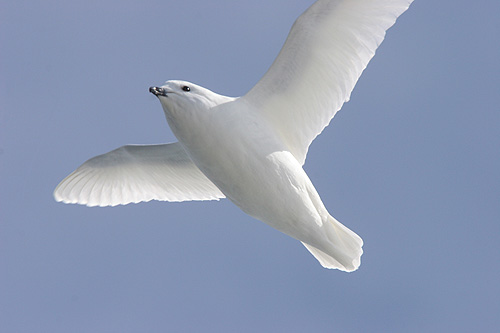 Antarctic Peninsula - 25th November - 7th December 2006, author Nigel Voaden (added January 5, 2007)
(The Drake Passage has a reputation for being one of the stormiest parts of the world's oceans)