In the southern part of the American continent, Argentina extends from the tropic of Capricorn to the cold of southern Patagonia. The imposing Andes Mountains range extends down the spine of South America and adds a further gamut of climates and vegetation types. In the north, exuberant montane or cloudforests, known as Yungas, climb the slopes to tree-line at the high desert plateaus, while the most beautiful temperate woods cloak the glacial landscapes of the southern reaches.

Vast savannahs and impenetrable thorny woods of the Gran Chaco occupy the north central region, giving way eastwards to the subtropical Atlantic rainforests where the famous Iguazú waterfalls spills into the Paraná River.

In the central part of Argentina, the well-known Pampas grasslands, give way to the desolate steppes of Patagonia in the distant south. To the east, the nutrient rich Atlantic Ocean harbours Southern Right Whales and thousands of albatrosses. Bird specialties of the area include the Elegant Crested Tinamou, the Band-tailed Eremobius, Patagonian Yellow-Finch as well as the endemic Chubut Steamer-Duck, White-throated Cacholote, Patagonian Canastero, Carbonated Sierra-finch and Rusty-backed Monjita. 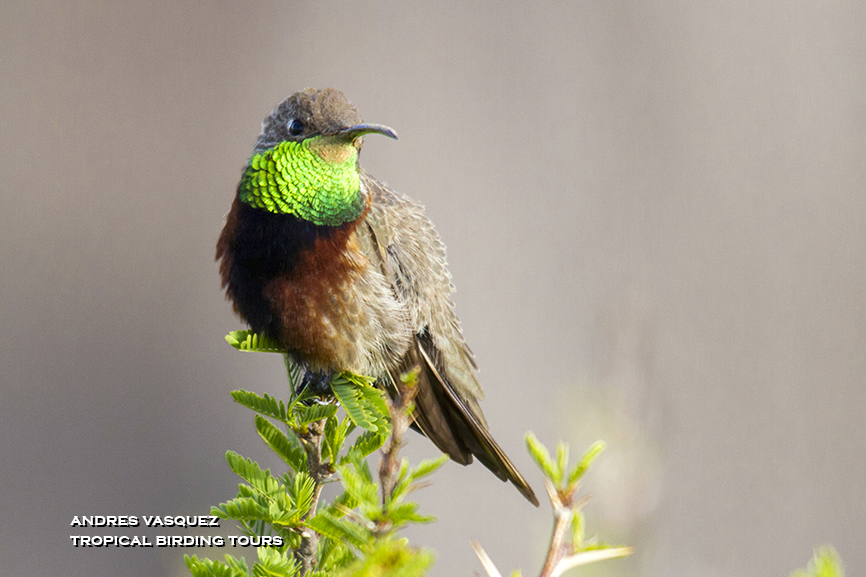