Austria offers a wide spectrum of birding spots: The highest mountain peaks and glaciers in the Eastern Alps to the lowland steppes in the East, Alpine lakes and the famous Steppe lake Neusiedl, the rivers Danube, March, Thaya, Mur and Inn with riverine forests aside. Seewinkel just a 50min drive from Vienna ist located east of Lake Neusiedl and offers excellent birding possibilities, depending of water levels of these shallow lakes. But there are also other interesting sites in Eastern Austria.

Even in Vienna there are a lot of good birds to find within the city limits; sought-after species such as Grey-headed Woodpecker, Middle Spotted Woodpecker, Syrian Woodpecker, Little Bittern, Red-breasted Flycatcher, River Warbler and White-tailed Eagle all do occur in Vienna; Eastern Imperial Eagle and Saker Falcon are seen occasionally on the outskirts of the city. Spots along the river Danube also prove to be good for vagrants on a regular basis: White-billed Diver, Little Auk, Pomarine Skua, Greater Spotted Eagle and Citrine Wagtail have all been seen in the city.

A total of well over 420 species have been recorded in Austria. 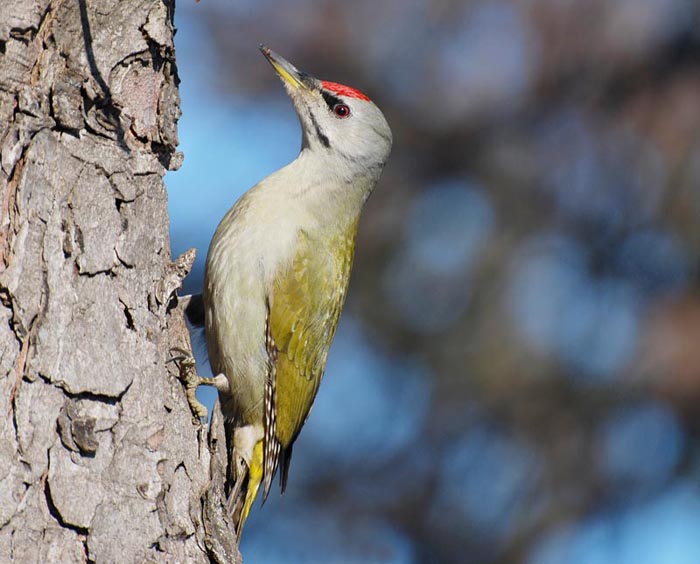 beside pond behind Glorietta at Schonbrunn Palace, A grey heron sitting beside pond. Neck was not author Sandy Spence (added May 11, 2005)