California conjures up visions of sun-drenched landscapes, scenic mountain vistas, the blue Pacific, and expansive deserts. The birds are no less spectacular, with everything from Black-footed Albatross to Lawrence's Goldfinch.

The Sierras are a great spot to look for Swainson's Hawk, Acorn Woodpecker, and the endemic Yellow-billed Magpie. Whilst Sooty Grouse, Mountain Quail, Great Gray Owl, Black-backed and White-headed Woodpeckers, Williamson's and Red-breasted Sapsuckers, Pine Grosbeak, and Hermit Warbler are just a few of the species in Yosemite National Park.

A birding trip to California is not complete without a pelagic trip. Visit the world-famous Monterey Bay that is bisected by a huge submarine canyon twice the size of the Grand Canyon. Cruise the bay and the adjacent offshore waters in search of shearwaters, Ashy and Black Storm-Petrels, and Humpback Whales or even a rarity such as Tufted Puffin or Fork-tailed Storm-Petrel, then scan the coastline for Marbled Murrelet. Or head further offshore to the Albacore Grounds. Some of the many species here include Scripps's Murrelet, Sabine's Gull, Arctic Tern, Blue Whale, and Bairds' Beaked Whale, plus Pomarine, Parasitic, and Long-tailed Jaegers.

Journey south into California Condor country. Spend time looking for this spectacular species brought back from the brink of extinction. Target birds near Los Angeles include California Gnatcatcher, Allen's Hummingbird and Black-vented Shearwater. Take a boat trip to Santa Cruz Island for the endemic Island Scrub-Jay and the Santa Cruz Island races of Bewick's Wren, Allen's Hummingbird and Rufous-crowned Sparrow. Inland, search the deserts for LeConte's Thrasher and other residents. 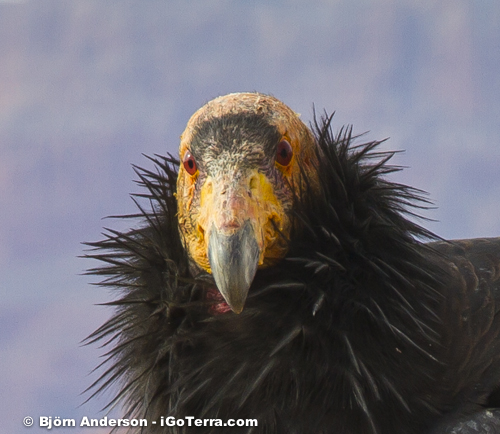 Deep Water Seabirding – the final frontier?, author thunefeld (added March 31, 2008)
(We were on a quest for rare seabirds aboard the Searcher, a 95-foot live-aboard natural history boat, exploring seldom birded regions near the edge of the continental shelf.)

California in the Winter: 8th to 22nd February 2014, author Ian Merrill (link created August 7, 2014)
(Primary objectives of witnessing some of the unique avian spectacles and tracking down the sought-after bird species which can be found in this magnificent State during the 'cold' season)