Corsica's combination of natural features such as lush maquis and dense forests, endless unspoiled beaches and stunning moutain vistas plunging into the crystal clear Mediterranean sea are a draw for tourists and birders alike.

Corsica holds the greatest diversity of habitats of the islands of the western Mediterranean with a correspondingly varied birdlife. The mountainous interior holds raptors such as Bonelli's Eagle and Lammergeier, passerines such as Blue Rock Thrush, Alpine Accentor, Wallcreeper and Rock Sparrow, whilst warblers on Corsica include Spectacled, Subalpine, Sardinian and Marmora's.

The wetlands along the eastern coast, including Lake Biguglia, one of the country's 'Ramsar sites', provide opportunities for such rare species as Audouin's Gull, Greater Flamingo and White-headed Duck. But most european birders visit Corsica for its two endemic species, the Corsican Nuthatch and the recently seperated Corsican Finch. The Corsican Nuthatch is confined to conifer stands, exploited for timber, and as such faces a precarious future. The Corsican Finch is more common. The western Mediterranean race of Woodchat Shrike (L.s.badius) also occurs on Corsica and is identifiable by the lack of white at the base of the primaries. 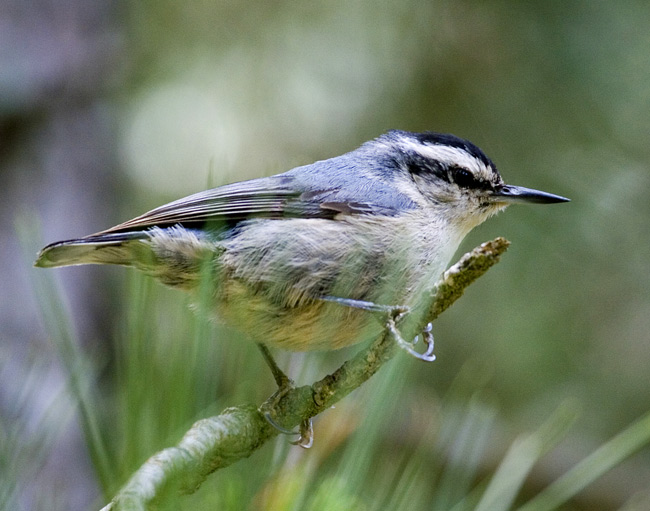 Corsica and Sardinia - 29th April – 2nd May 2006, author Richard Bonser (added May 15, 2006)
(The prime reason for our visit was to target the two endemic species that are present on Corsica – Corsican Nuthatch and Corsican Citril Finch)