The Dominican Republic supports a remarkably diverse avifauna of more than 300 species. In addition to 32 endemic bird species, the country hosts an impressive assemblage of permanent resident species, overwintering migrants, and other transient species that stop to rest and refuel enroute to more southerly wintering or northern breeding areas. The island of Hispaniola's high level of endemism and its contribution to global biodiversity have earned it the highest ranking of biological importance in a worldwide assessment of bird protection priorities.

This diversity of bird species is, in part, a result of Hispaniola's complex geologic history; the island is the most geographically diverse in the Caribbean. Ranging from Pico Duarte, the highest mountain in the Caribbean, to Lago Enriquillo which is more than 40 meters below sea level, key habitats include isolated cloud forests, extensive pine stands, classic dry forest, limestone karst regions, thorn woodlands of acacia and cactus, sand dunes, mudflats, and mangrove swamps.

Many of Hispaniola's most distinctive birds are found only in the densely vegetated cloud forests where the rarest endemics include the White-fronted Quail-Dove, Hispaniolan Trogon, La Selle Thrush, Hispaniolan Highland-Tanager and both the Western Chat-Tanager and Eastern Chat-Tanager. Here too is the rare and globally vulnerable Bicknell's Thrush, an equally difficult species to find on either breeding or wintering grounds but restricted almost entirely to Dominican forests in the winter months.

Other Dominican specialties can be found a bit lower in elevation in the beautiful pine forests. Endemics include the conspicuous Hispaniolan Pewee, as well as the Antillean Siskin, Hispaniolan Palm Crow, and the Hispaniolan Crossbill. 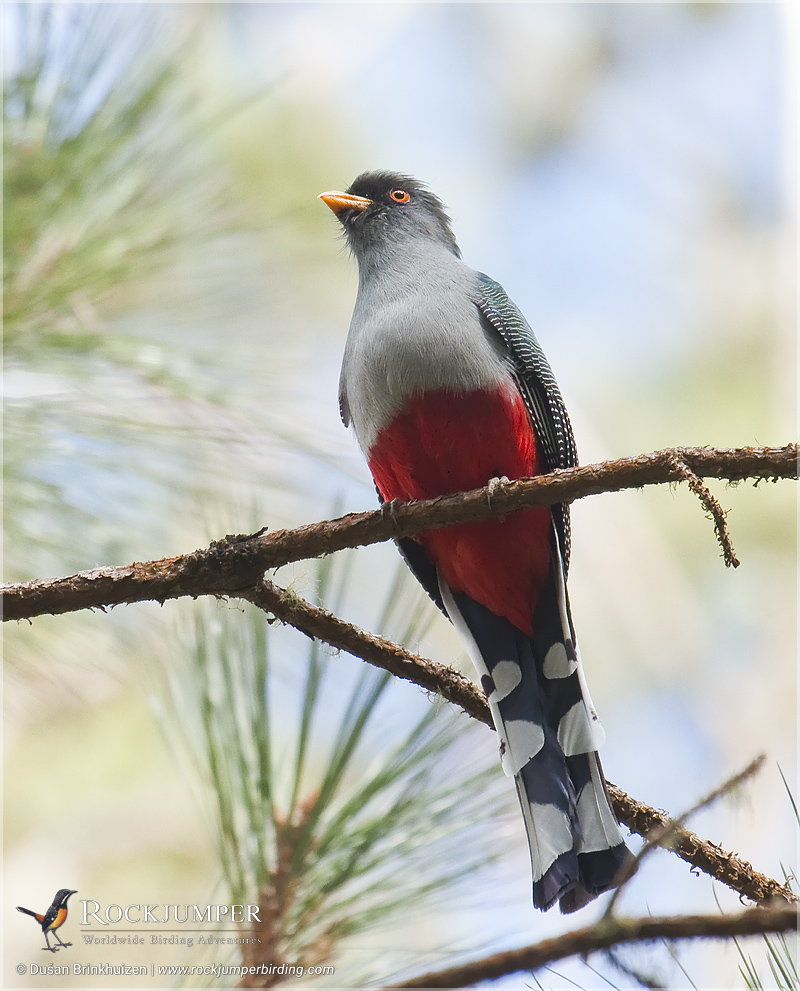 Dominican Republic - May 22-26, 2012, author Stuart White (added June 17, 2012)
(This was my second birding foray to the Dominican Republic. I was intent upon seeing seven endemic species I had missed ten years ago.)