Halfway across the Pacific Ocean, north of the equator, lies the Hawaiian archipelago, consisting of 122 islands and spreading 2400 kilometres across the Pacific from Kure Atoll and Midway in the northwest to Hawaii in the southeast. The term Hawaii usually refers to the eight main islands: Oahu, Hawaii proper (also known as Big Island), Maui, Kauai, Molokai, Lanai, Kahoolawe and Niihau.

Captain Cook brought the islands to the attention of the rest of the world in 1778, but Polynesian explorers had settled these volcanic peaks long before him. In the mind of most Europeans, Hawaii stands for the white sandy beaches of Waikiki, hula-dancing girls, the battle of Pearl Harbor, breaching Humpback Whales and surfers riding immaculate waves. Few people realize that the 50th State offers many unique natural phenomena, including the world’s most active volcano (Kilauea) and the world’s tallest mountain, as well as extraordinary volcanic mountain scenery, luxuriant forests, extensive lava flows and semi-deserts, remote beaches, cascading waterfalls, pounding surf and turquoise waters.

For naturalists the main attraction of Hawaii lies in the extremely high percentage of endemism in the local fauna and flora (amounting to about 90%). Hawaii boasts an endemic bird subfamily: the Hawaiian Honeycreepers or Drepanidinae. The Hawaiian Honeycreepers range from tiny, drab-coloured, nectar-feeding, warbler-like birds to large, brightly-coloured, thick-billed seedeaters; others creep along trunks and feed with peculiar decurved bills or pick at the bark.

Since man settled in the islands the honeycreepers and other native birds have fought a losing battle (starting with the extinction of a number of flightless birds soon after the Polynesians first settled), as most of the lowland forests were destroyed and introduced alien plants and animals proved to be serious pests. The endemic species were unable to cope and many species have become extinct. The 21 endemic species that have so far survived this catastrophe are mainly found above 1300m elevation, but even so most of the honeycreepers are endangered (some critically).

Birding generally begins on the island of Oahu, the third largest island of the chain and the most populated one, with bustling Honolulu as its capital. Hawaiian Coot, Hawaiian Stilt, Bristle-thighed Curlew, White Tern, Oahu Elepaio and Oahu Amakihi are the main attractions here.

Kauai has a central mountain range which receives more than 10m of rainfall a year, making it one of the wettest places on earth. Here the forested mountains of the interior are the perfect habitat for a series of endemics including Kauai Elepaio, Puaiohi, Anianiau, Akekee (or Kauai Akepa), Kauai Amakihi and the rapidly declining Akikiki (or Kauai Creeper), while wetland areas hold Hawaiian Geese (Nenes) and Hawaiian Ducks. Along the coast Laysan Albatross and White-tailed and Red-tailed Tropicbirds can be seen, while a pelagic trip may well turn up Newell’s Shearwater and Hawaiian Petrel.

Maui is the second largest island and is formed by two mountains connected by a low isthmus. The crater of the world’s largest dormant volcano is a nesting site for the Hawaiian Petrel, while lower down the woodlands are home to the gorgeous Iiwi, Apapane, Hawaii Amakihi, the endemic Alauahio (or Maui Creeper), and even the rare endemic Akohekohe and Maui Parrotbill.

Text courtesy Birdquest who have operated tours to Hawaii since 1998. 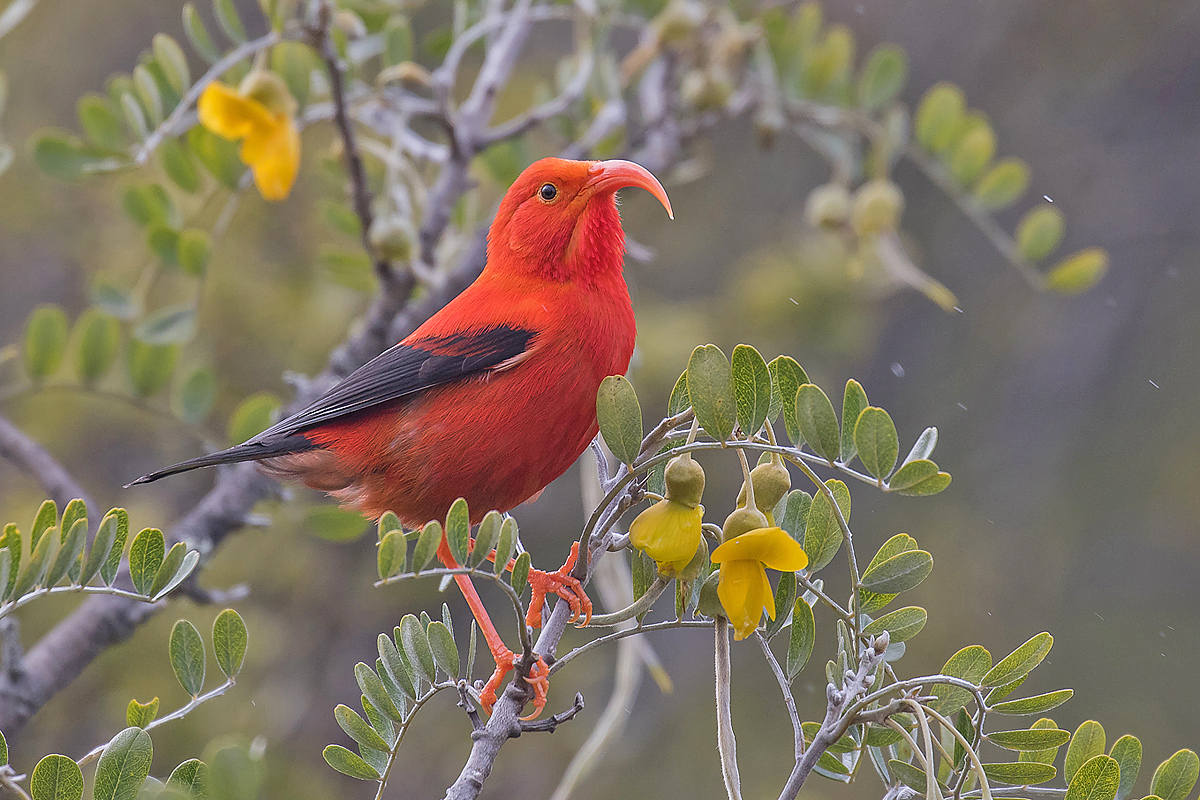