By the early twentieth century, Iraq had lost all of its megafauna, except for the Syrian brown bear. Prior to this period, Iraq was inhabited by many iconic animals such as the Mesopotamian lion, Caspian tiger and Asiatic cheetah.

Iraq has multiple biomes which include the mountainous Kurdistan region in northern Iraq to the wet marshlands along the Euphrates river and the west part of the country comprises desert and some semi-arid regions. As of 2001, seven of Iraq's mammal species and 12 of its bird species are endangered. The endangered species include the Northern Bald Ibis.

The marshes are home to 40 species of birds, and several species of fish, plus demarcating a range limit for a number of avifauna species. The marshes were once home to millions of birds and the stopover for millions of other migratory birds, including flamingos, pelicans and herons as they travelled from Siberia to Africa. At risk are 40% to 60% of the world's Marbled Teal population that live in the marshes, along with 90% of the world's population of Basra Reed-warbler. Also at risk are the Sacred Ibis and African Darter. A subspecies of the hooded crow known as the Mesopotamian crow is found in this part of southern Iraq. The draining of the marshes caused a significant decline in bioproductivity; following the Multi-National Force overthrow of the Saddam Hussein regime, water flow to the marshes was restored and the ecosystem has begun to recover. 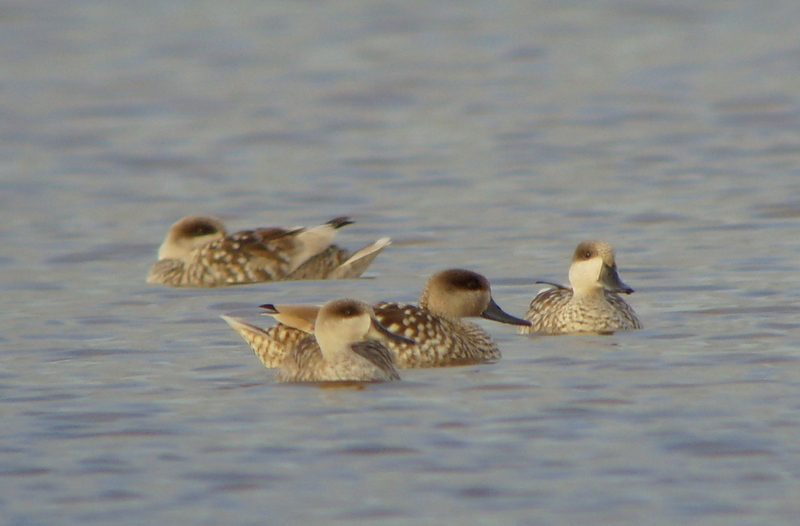 No Trip Reports Have Been Posted for this Region Yet.

Kurdistan, Northern Iraq near Shaqlawa, Siberian Thrush - Is this a first for this author Dr Alan Galbraith (added June 18, 2006)