Britain and Ireland - Isle of Man

For the birdwatcher the Isle of Man offers a rich assortment of species, several of which are rarities in other parts of the British Isles, in a variety of habitats of exceptional beauty.

The Island is about 31 miles/50km in length and 12 miles/20km at its broadest point and occupies a central position in the northern part of the Irish Sea. It is dominated by two ranges of hills, clad in heather or grass moorland. There are flat, but ornithologically valuable lowlands in the north (which include the Ayres and Ballaugh Curragh) and the southeast with the Langness peninsula. The coastline is mostly composed of slate cliffs, interrupted here and there by sandy bays and tiny shingle coves. In the north there are sand dunes which separate the lowland heath of the Ayres from the sea, while across the narrow Sound off the south-west point of the main Island is a hilly islet, the Calf of Man, site of an important Bird Observatory administered by Manx National Heritage.

Well-marked long distance footpaths explore almost the entire coast, providing frequent opportunities of seeing such Manx specialities as Peregrine, Chough and Raven. A few of the more spectacular cliffs have Kittiwake and Guillemot colonies, while there is a good scatter of places where Black Guillemots nest. Except for the height of the summer, parties of Purple Sandpiper can be found at several well-established sites on the rocky coast. Little Tern, with as many as seventy pairs in some years, are the most important breeding birds of the Ayres shore.

The Millennium Way takes the walker from Sky Hill near Ramsey, 27 miles/42 km, over the hills and through farmland to Castletown. This is Raven country, with the possible chance of Merlin; but the bird of the Manx hills is now the Hen Harrier, which first nested in 1977 in the failed plantation of Glen Rushen. There has since been a rapid expansion throughout all appropriate habitats. By 1990 more than forty pairs were nesting and the largest roost in Western Europe had become established in the Ballaugh Curraghs, with smaller numbers at Stoney Mountain.

Much of the moorland has been turned over to conifer plantations. Some have been established for more than 100 years and have ornithologically attractive clearings and areas of failed plantation. During the last decade Siskin, and more recently Crossbill, have begun to colonise the coniferous plantations, while the smaller plantations and shelter belts frequently support a pair of Long-eared Owls (as in Ireland, the commonest owl) and the very young plantations may attract Short-eared Owls.

Curragh or Willow Carr is one of the most important habitats, the prime example being Ballaugh Curragh, a considerable expanse of marshland supporting a rich growth of willow and birch, together with Bog Myrtle. Renowned for its great Hen Harrier roost, it has a fine variety of birdlife at all seasons. 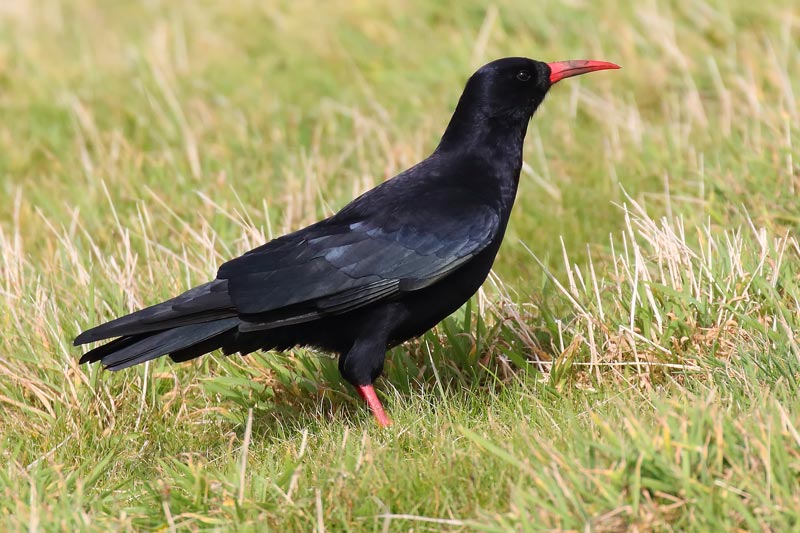