Kenya offers fabulous birding amidst big game safaris alongside a well established eco-tourism industry. Stunning birding sights include the rift valley lakes with millions of flamingos whilst the wet of the country holds remnants of rainforest as well as the shores of Lake Victoria. The Rift Valley cuts through the centre of the country. In the valley itself are the great acacia-wooded plains. The Central Highlands rise to the east of the Rift, with Mount Kenya cloaked in forest. Birders can reasonably expect to see 500+ species, almost half the number recorded in Kenya, over a three-four week trip.

From the world's biggest bird, the Ostrich, to spectacular flamingos that congregate in their millions at the various Lakes of the Great Rift Valley and camouflage them in pink, Kenya holds some remarkable birding sights that you have to see them to believe. With eleven percent of the world's species, Kenya's birding is some of the best in the world. It is not unusual for birding trips to record 300-600 different varieties on a short trip or to record more than 120 at a particular site on a single day!

The variety of birds in Kenya is made possible by the favourable climate, diverse habitats and geographical features that make it a suitable migratory route for birds. Even without venturing outside Nairobi, Kenya's capital, more than 600 resident and migratory bird species are found; more than in any other capital city, and more than in most countries. 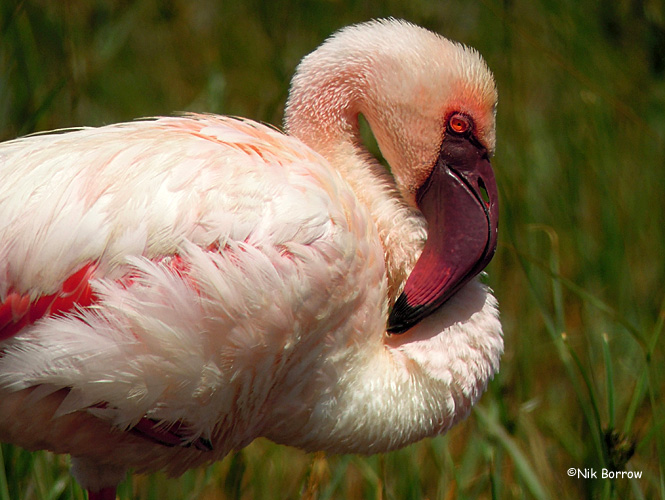 Kenya: Birds and Other Wildlife - August 2014, author Chris Lotz, Birding Ecotours (link created December 14, 2019)
(Our 15-day safari took us through unique and pristine habitats, from the coastal strip of the Indian Ocean to the savanna bushlands...)