Being positioned in the extreme southeast corner of the Western Palearctic and on a migration crossroads the State of Kuwait has an enormous amount to offer the visiting birder. Like several of its near neighbours the country has a great infrastructure and welcoming people. Until recently the country has been off-limits to visitors without state sponsorship but all that has now changed and its true birding potential is starting to be realised. The birding can be spectacular with migrants literally pouring through the country in the right conditions and the possibility of real surprises turning up. The 4th Western Palearctic record of Lesser Frigatebird in April 2008 is an example. Other rarities in 2008 have included Little Whimbrel, Long-tailed Shrike, Oriental Pratincole, Lappet-faced Vulture, Oriental Skylark and Purple Sunbird. 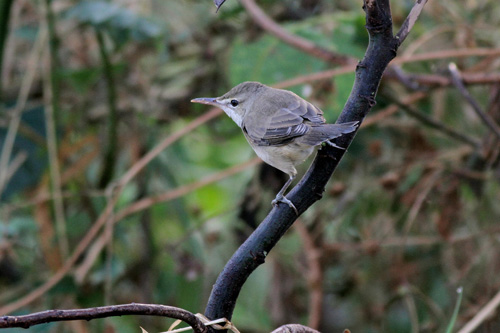 Kuwait - 5th-15th April 2006, author Rami Lindroos, Ilkka Sahi & Keijo Wahlroos (added May 31, 2007)
(Our trip was made at the best spring migration time. The total number of observed species was 160, of which we saw 9 -13 new Western Palearctic species each.)