Montenegro offers a wealth of birding locations and a wide range of species despite its historical association with hunting rather than watching birds. Despite its tiny size, Montenegro certainly offers some exciting birding destinations, either in the mountains or along the coast.

Skadar is the largest lake in the Balkans and one of the largest fresh-water lakes of Europe, where 281 bird species have been recorded (90% of them migrating and wintering species). It is a shallow lake, 14 by 44 km, surrounded by wide flood plains on its northern bank, with willows, reedbeds and floating vegetation. Breeding birds here include Pygmy Cormorant (2,200 breeding pairs), Dalmatian Pelican (the westernmost breeding site for this species), Squacco Heron, Ferruginous Duck and Whiskered Tern.

Tivat Solila (south of the town of Tivat in the Bay of Kotor) is a shallow lagoon and important migration stopover for waders, Common Crane, Osprey, Snipe, Greater Flamingo and Pygmy Cormorant. Ulcinj Saltpans, immediately east of the Ulcinj Town, consist of series of shallow pans, largely without vegetation, where 241 bird species have been recorded. This site is most exciting during migration and the winter period, when it attracts up to 20,000 water birds, including a hundred or so Dalmatian Pelicans. Some 100 pairs of Collared Pratincole breed at the saltpans.

Velika Plaza, south of the Ulcinj Town, is bordered with sand dunes and adjoining grassland, forests and wetlands and is an important breeding area and migration stopover. In summer, almost 1% of the European population of Baillon's Crake breed here, as well as Collared Pratincoles, Stone Curlews and Rollers. Great Bustard also occurs here.

Durmitor & Tara Canyon offer majestic vistas of largely unspoilt mountains covered with coniferous woods, where 175 birds species have been recorded). On the mountaintops look for Snowfinch, Shore Lark (ssp. Balcanica) Alpine Chough, Alpine Accentor and, if you get lucky, Wallcreeper. In the coniferous forests search for Nutcracker, Three-toed Woodpecker and Hazel Grouse. Other species include Tengmalm's and Eagle Owls, Honey Buzzard, Short-toed and Golden Eagles, Lesser Grey and Red-backed Shrikes. 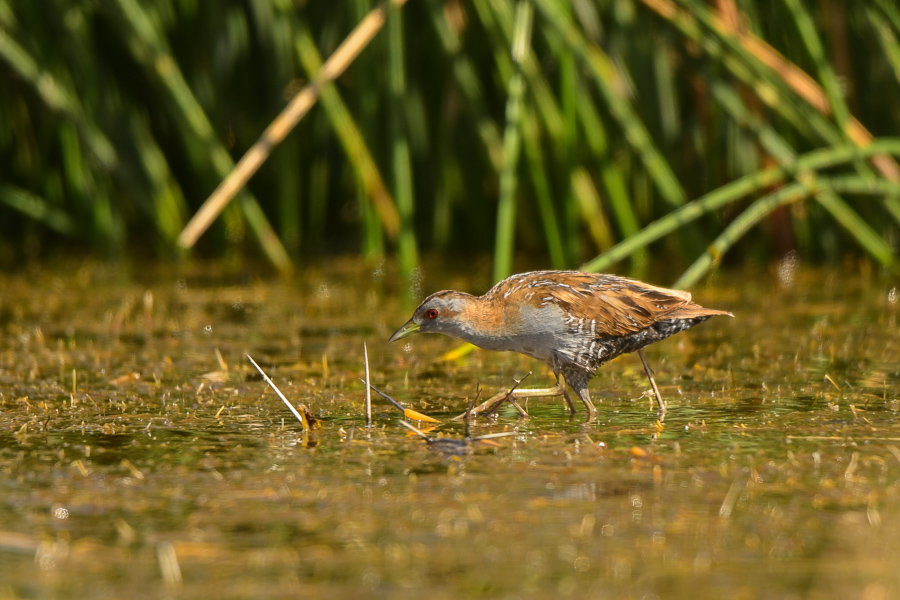