The Republic of Mozambique, once the African-Algarve where visitors relished the tropical summers of this former Portuguese colony, has since been ravaged by 15 years of civil war. With the war a memory, Mozambique is trying hard to shed the ominous label as one of the world's poorest countries. Despite its chequered history, Mozambique is an exciting destination for birders wanting to find the many southern African specials that the region holds.

The highly threatened lowland forests and miombo woodlands are home to many African specials such as African Pitta, Green-headed Oriole, East Coast Akalat, White-chested Alethe, Chestnut-fronted Helmet-Shrike, Olive-headed Weaver, Plain-backed Sunbird, Locust-Finch and the localised Mascarene Martin in winter, also a time when Crab-plover and Greater Frigatebird can be found along the coast.

Areas of Mozambique, north of the Zambezi River, are largely unexplored ornithologically with a recent trip to the area (the first since the 1930s / 40s) confirming reports of localised populations of Dappled Mountain-Robin and Long-billed Tailorbird (both localised in Tanzania), Cholo Alethe and White-winged Apalis.

Mozambique's only endemic,considered by some authorities as a full species Namuli Apalis, and restricted to the Namuli Massif is shown on the ABC checklist as a subspecies of Bar-throated Apalis. (Text courtesy African Bird Club) 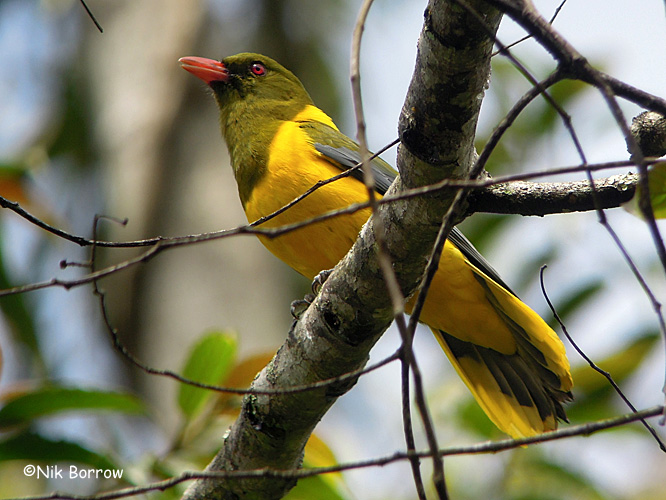