Since the arrival of man 1000 years ago, much of New Zealand's native forest has been lost - combined with hunting by early settlers this extinguished entire species of endemic birds - an astounding third of the land-based birds, like the moa, giant Haast's eagle, piopio and huia - and left others floundering. 73 of New Zealand's native bird species on the World Conservation Union's 'red list' of species threatened with extinction. But New Zealand is also a world leader in bringing species back from the brink of extinction - like the Takahe, which 'disappeared' for 50 years until small numbers were rediscovered in the mountains of Fiordland in 1948. Birds like the Saddleback and the flightless parrot Kakapo have been transferred to offshore island sanctuaries to build up new populations, protected from predatory mammals like possums and stoats.

The recovery of the Chatham Island Black Robin is a world-renowned success story. In 1980 there were five birds remaining - today, after moving the only breeding pair to a pest-free island, there are 250 robins in existence.

Planning a trip to New Zealand - top tips are at www.newzealand.com 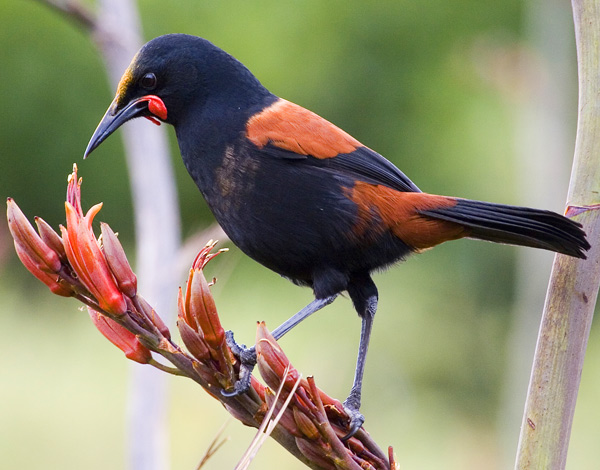