Oman is a peaceful, friendly country with strong connections to the UK. It has rapidly become one of the premier birdwatching destinations in the Middle East. The bird diversity is second to none in the region and the country is full of regional specialities.

Along the north coast, magnificent Great Black-headed Gulls sit proud amongst mixed flocks of Steppe and Caspian Gulls. A boat trip will provide close views of dolphins and seabirds such as Persian Shearwater and Red-necked Phalarope. Irrigated grasslands host many migrant and wintering birds, which attract hunting raptors including Pallid and Montagu's Harrier. Small flocks of Sociable Plovers have recently been discovered wintering in the crop fields.

The southern Dhofar region is influenced by the Indian monsoon, resulting in flora and fauna unique in Arabia. The birds here show both African and Arabian influences, with Bruce's Green Pigeon, African Rock Bunting and African Paradise Flycatcher, alongside Arabian Warbler, South Arabian Wheatear and, with luck, Arabian Golden-winged Grosbeak. The localised Yemen Serin has become a regular sighting in the mountains here.

From Salalah, one can drive deep into the desert, for a stay at Thumrayt, to seek out the enigmatic Grey Hypocolius, as well as Arabian and Sand Partridge, and African Collared Dove. Small drinking pools attract flocks of sandgrouse including Crowned, Spotted and Lichtenstein's.

Oman is a safe, welcoming country, if anything somewhat old-fashioned in terms of good manners and public behaviour. (text courtesy www.birdholidays.co.uk/) 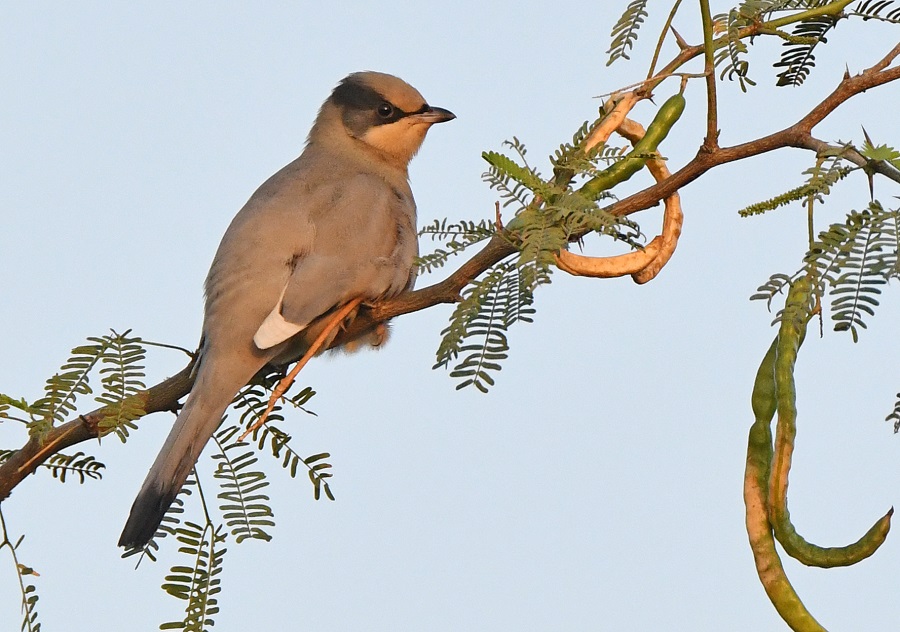