Of all the birding destinations in the world, Papua New Guinea would have to rank as the most fascinating and exotic. This, the second largest island in the world, still has many areas with little or no exposure to Western influence. Papua New Guinea has a diverse range of habitats from winding lowland rivers and sprawling grasslands to rich highland ecosystems and forested valleys where native tribesmen still mimic the fabulous birds-of-paradise. The virtually untouched forests come alive in avian sights and sounds in a place where ornately patterned fruit-doves and brilliantly coloured fig-parrots dash overhead; bright fairy-wrens and whistlers flit through the undergrowth and paradise-kingfishers perch ready to strike. The air is pierced with the songs of elusive jewel-babblers and pittas; honeyeaters and berrypeckers join energetic flocks of sunbirds and gerygones and bowerbirds build elaborate frameworks of twigs and assorted items to attract mates; and over twenty species of dazzling birds-of-paradise present elaborate iridescent colours and wild tail plumes in one of the most astonishing exhibits of the natural world. Papua New Guinea is an enchanting and under-travelled country where you can expect to see a phenomenal variety of remarkable birds and vast regions of immaculate forest that have been experienced by few people on earth. Over 400 species of birds on a single trip is not unknown including as many as 25 species of birds-of-paradise. Text kindly provided by Rockjumper – leading bird tour operators with worldwide destinations including Papua New Guinea. 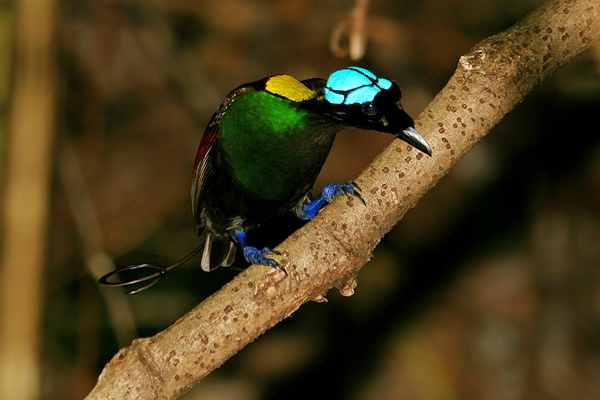