Russia, the world’s largest nation, borders European and Asian countries as well as the Pacific and Arctic oceans. Its landscape ranges from tundra and forests to subtropical beaches. Around the capital Moscow and surrounding region, the variety of birds largely overlaps with the general avifauna of Europe, but it is more diverse than individual European countries. Birding is not developed in this region, in line with Russia in general, either as an individual hobby or as an industry. For travelling birders it is advisable to find a local guide.

Siberia is a vast Russian province encompassing most of Northern Asia, with terrain spanning tundra, coniferous forest and mountain ranges including the Ural, Altai and Verkhoyansk. Lake Baikal, in its south, is the world’s deepest lake, circled by a network of hiking paths called the Great Baikal Trail. The Trans-Siberian Railway passes Baikal on its route between Moscow and the Sea of Japan.

The enormous, diamond-shaped Kamchatka peninsula projects southwards well over 1000 kilometres from the Siberian mainland and divides the Sea of Okhotsk from the Bering Sea and the North Pacific. Situated like the Kurils on one of the earth’s major fault lines, part of the Pacific ‘Ring of Fire’, Kamchatka is peppered with volcanoes, around ten of which are currently active. The constant geological upheavals in this unstable part of our planet have created some of the most extraordinary and spectacular scenery on earth, with immense, Mount Fuji-like, snow-covered volcanic cones towering high above the birch forests and rugged coastline. Here, the majestic Steller’s Sea Eagle, surely the king of raptors and one of the largest flying birds in the world, as well as Far Eastern Curlew, Long-toed Stint, Aleutian Tern, the smart little Long-billed Murrelet (split from Marbled), Rufous-tailed Robin, Eyebrowed Thrush, Middendorff’s Grasshopper and Arctic Warblers, Grey-streaked Flycatcher, and Grey, Rustic, Yellow-breasted Buntings, can all be found.

To the east are the lonely Commander Islands, two small islands at the eastern end of the chain of islands that stretches from Alaska to Kamchatka. Far less well known than the nearby Aleutians, the Commanders are home to some of the largest seabird colonies in the region where highlights include the highly localized Red-legged Kittiwake, Red-faced Cormorant, Harlequin Duck, the restricted-range Rock Sandpiper, Mongolian Plover, Glaucous-winged Gull, Brünnich’s Guillemot, Pigeon Guillemot, Crested, Parakeet and Least Auklets, the restricted-range Whiskered Auklet, Tufted and Horned Puffins, Pechora Pipit and the Bering form of the Grey-crowned Rosy-Finch.

The crossings to and from the islands offer great seabird possibilities, including Laysan Albatross (and quite possibly Short-tailed Albatross), Mottled Petrel, Fork-tailed and Leach’s Storm-Petrels.

Southern Chukotka which may be the last ‘stronghold’ of the Spoon-billed Sandpiper. 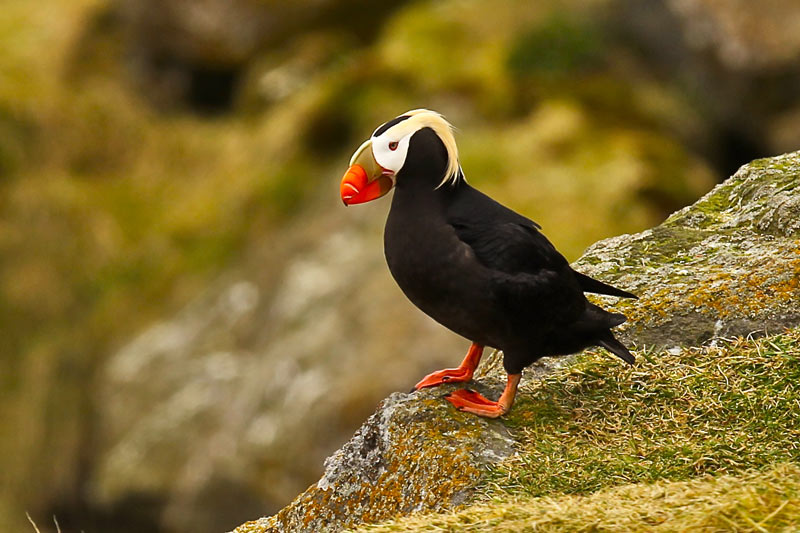 Kaliningrad Oblask, Russia, 9-15th September 2006, author Bill Tweit (added October 18, 2006)
(Located midway on the Russian portion of the Curonian Spit, on the eastern shore of the Baltic, it appeared to have great birding potential for fall migration)