Rwanda, a landlocked country in East Africa, is bordered on the North by Uganda, on the East by Tanzania, on the South by Burundi, and on the West and Northwest by the Democratic Republic of the Congo. Rwanda's capital city, Kigali, is located near the center of the country. After the horrors of the mid 90's, Rwanda is embacked on rebuilding its infrustracture. The country now has an excellent road network, first-rate accommodation facilities and a remarkable low rate of crime.

Rwanda sits at the hub of Africa. It is the bridge between the forest ecosystems of the Congo basin and the great rift valleys of the east. It shares in the biological riches of both worlds, offering a concentration of biodiversity found nowhere else in Africa. Rwanda's location in the Albertine Rift and its dense forests and mountains create a distinctive and remarkable environment. The country has a bird list of over 670 species and supports a higher number of Albertine Rift endemics than any other country outside the Democratic Republic of Congo.

Akagera National Park is well known as the home to the most sought-after bird, the Shoebill, and is one of the easiest sites in the region where it can be seen. Other rare and stunning wetland birds in this park are the Papyrus Gonolek, Carruther's Cisticola, White-winged Warbler and the Blue-headed Coucal. One cannot also miss the acacia species that are supported by the park; including Red-faced Barbet, Bennett`s Woodpecker, White-headed, Black and Familiar Chats, Tabora Cisticola, White-winged and Broad-tailed Warbler and Miombo Wren-Warbler. 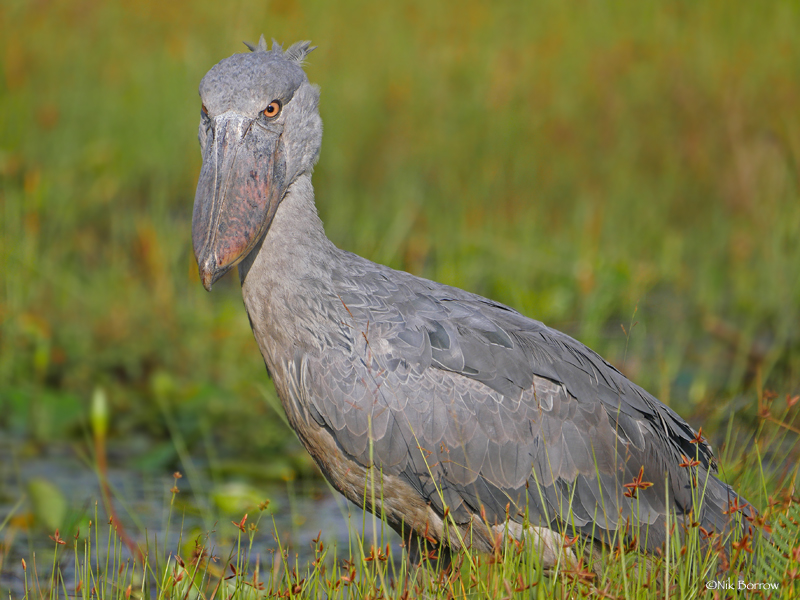