From the expanse of peat bogs of the Caithness Flow Country through the Arctic Cairngorm plateau to the salt marshes of the mild Solway coast, Scotland has a more diverse range of habitats than almost any country of comparable size.

For the visiting birdwatcher Scotland's great sea bird colonies are perhaps its most outstanding feature. The islands of St. Kilda with the world's largest Gannet colony alongside many thousands of Puffins, Guillemots, Razorbills and Kittiwakes are perhaps the most famous of the 500 or so Hebridean islands. But the Outer Hebrides are also a major wintering area for Barnacle Geese, whilst Corncrake has re-established itself as a breeding species in recent years. Red-throated Divers are a feature of the lochs, Black Guillemots of the coasts.

Like the Hebrides, Orkney and Shetland hold impressive seabird colonies but are better known as a focal point for rarities in spring and autumn. Shetland also offers the best chance of seeing Snowy Owl and breeding Red-necked Phalarope. And then there is Fair Isle, mid-way between the two, where the roll-call of extreme rarities has written this island into birding folklore long ago.

Apart from the islands, birders are also attracted by the Highlands, particularly Speyside and the Cairngorms where birders can catch up with Scottish Crossbill, Crested Tit and many other Scottish specialities. The Cairngorms themselves offer the prospect of Ptarmigan, Dotterel and breeding Snow Bunting. 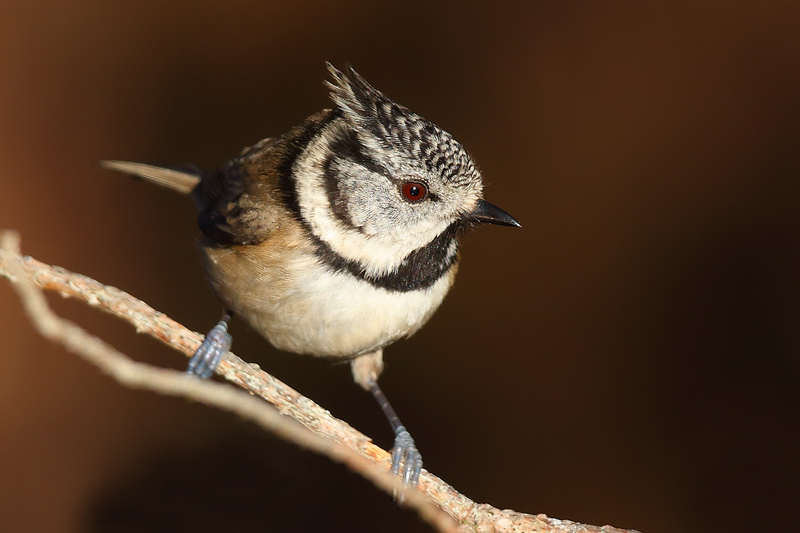 Birding the Scottish Highlands in Winter, author Gordon Hamlett (link created September 8, 2010)
(Gordon Hamlett describes the delights in store with a short stay at the Grant Arms Hotel in Grantown-on-Spey and the Birdwatching and Wildlife Club.)

Garvellachs, Inner Hebrides - May 2006, author RICHARD J WESLEY (added July 31, 2007)
(This was confirmed later as Ian picked him up on his VHF Radio and we could see Farsain emerge from the Grey Dogs between Lunga and Scarba, heading straight for the Garvellachs.)

Scotland Trip - June 2003, author RICHARD J WESLEY (added February 10, 2006)
(We were not be disappointed as in the distance a Golden Eagle worked its way along the valley. It treated us to exceptional views as it passed and continued along the ridge. A wonderful end, to a day full of great birds.)

Scotland - Mull 22nd - 24th April 2006, author RICHARD J WESLEY (added April 26, 2006)
(A raptor was performing aerial diving manoeuvers close to the road. This strange ritual confused me at first, but to my delight, realised it was a male Hen Harrier.)

Scotland - Sound of Gigha 1st April 2006, author RICHARD J WESLEY (added April 19, 2006)
(A Raven cronked overhead as Paul informed me that the Sound of Ghia was one of the best over-wintering sites in Britain for Slavonian Grebes with up to fifty pairs in some winters.)