Scattered in a loose oval to the east of New Guinea, the Solomon Islands are a quintessential South Pacific idyll, combining a classic landscape and tourist-free, easy-going island life with exotic endemic birds. The nation is an archipelago of volcanic islands, still largely cloaked in luxuriant rainforest, sweeping down to golden sand beaches and fringing coral reefs. Who else has a national flag symbolizing sea, sand and forest?

The environment is still remarkably pristine as most Solomon Islanders pursue their traditional life of fishing on the reefs and tending lush gardens hidden in the forest. Few tourists have discovered this Eden, and the Solomon Islanders remain overwhelmingly friendly and generous to visitors whilst retaining much of their cultural heritage.

The Solomons form a chain of islands stretching out beyond Papua New Guinea into the deeper Pacific. They are close enough to retain a reasonably high bird diversity yet isolated and fragmented enough to enable an amazing level of speciation of endemic birds. Here, islands only eight kilometres apart have evolved their own endemic bird species!

The central Solomons is the richest "Endemic Bird Area" in the world, with at least 62 completely endemic species (depending on the taxonomy followed). Combined with Rennell and the Santa Cruz islands, the Solomons have a total of 73 endemic birds plus another 20 endemics shared only with other isolated Melanesian islands. Many more species are due to be recognized in future if current concepts of species limits are applied. Still yielding undescribed species and rediscoveries of birds long feared extinct, this region has truly been overlooked both by scientists and birders.

On Gizo, endemics include Crimson-rumped (or Yellow-vented) Myzomela, the smart White-capped Monarch and Gizo (or Splendid) White-eye.

On Santa Isabel, are some of the most spectacular Solomons birds, with the recently-described Solomons Frogmouth and the recently rediscovered Black-faced Pitta. Other endemics include the flightless Woodford's Rail, Scarlet-naped Myzomela, White-billed (or Guadalcanal) Crow, Solomons Cuckooshrike, Black-and-white Monarch and Yellow-throated White-eye, not to mention the impressive Fearful Owl.

Text courtesy Birdquest, who have operated tours to the Solomon Islands since 1996. 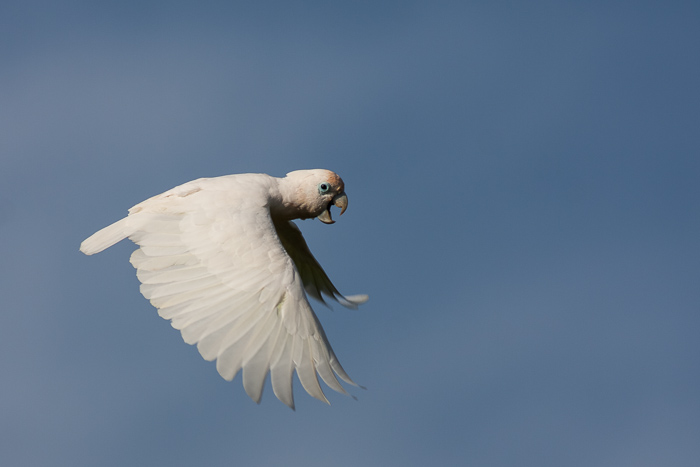