Tunisia, the gem of North Africa, is an isle of tranquillity wedged between the turbulent countries of Algeria and Libya. Due to its strategic position Tunisia has itself had its fair share of turmoil in times gone by. The Phoenicians, Romans, Arabs, Ottomans and French have all had their impact leaving archaeological treasures from Roman coliseums to Muslim medinas. Today, however, Tunisia is one of Africa's most wealthy and developed countries and the epitome of a progressive Arab nation. Tunisia's protected areas and agricultural fields support a large population of resident species and wintering migrants. From towering mountains, desert oases to vast tidal saltpans, Tunisia's target species include White-headed and Marbled Ducks, Bonelli's Eagle, Dupont's and Greater Hoopoe Lark and House Bunting. North African mammals include the spectacular Addax, Scimitar-horned Oryx, Dama and Dorcas Gazelle and the hamster-like Gundi. Text kindly provided by Rockjumper – leading bird tour operators with worldwide destinations including Tunisia. 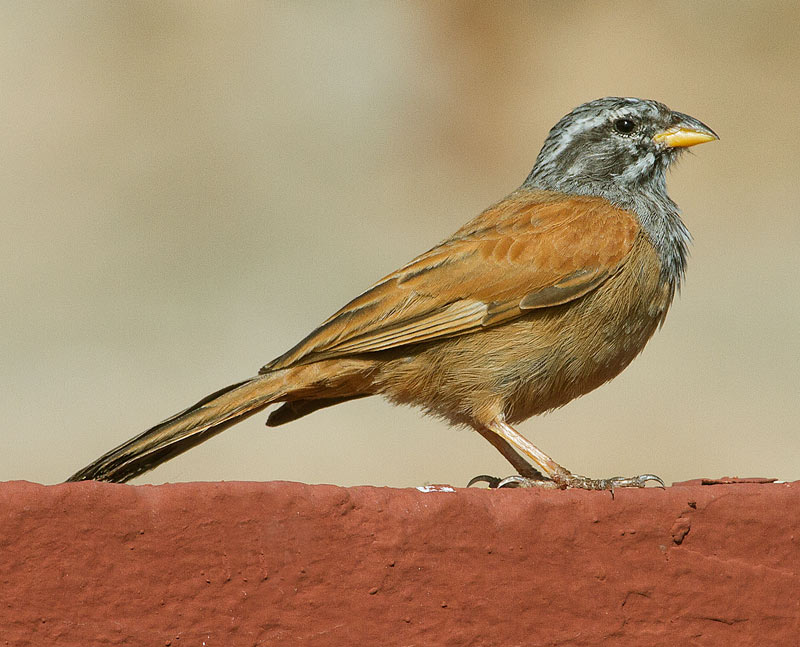