Dubai may be best known for its combination of dazzling skyscrapers and luxury hotels, but the emirate happens to also be an incredible destination for birdwatching, whether you're a serious twitcher or simply a wildlife fan keen to spend a few hours discovering something new. Dubai's quality of birdwatching is thanks in no small part to its location. Every year, hundreds of species from both Asia and Europe fly through the UAE on their migratory route. In fact, some 400 species pass through during their migration between Asia and Africa alone. Outside of the migration, there are interesting native birds to spot all year round.

Best visited during winter or migration, Al Mazmar Park is particularly perfect for birdwatchers in April and May, and from September to November. The start of April is especially good if you're hoping to see some migrating birds - in fact, it is during the first two weeks of the month (approximately) when it is possible to see white-throated robins; this is the only time of year they're visible here. Among the other species possible to spot in the park are masked shrikes, rufous-tailed rock thrushes and yellow wagtails.

Like Al Mazmar Park, Ras Al Khor Wildlife Sanctuary provides the most interesting birdwatching opportunities during migration and winter. Situated not far from the hustle and bustle of central Dubai, this sanctuary is home to three bird reserves at the mouth of Dubai Creek. More than 500 flamingoes call this park home and they have plenty of company - great egrets, grey herons, sandpipers and many more can be spotted among the cloud of pink feathers. In total, the sanctuary provides a home for more than 20,000 waterbirds.

Mushrif National Park is another great destination for birdwatching. Pallid scops owls and wintering raptors are among the highlights to look out for. They're most easily spotted in the trees or on the grass around the mosque. You might also come across yellow-throated sparrows, rufous-tailed robins and Arabian babblers. 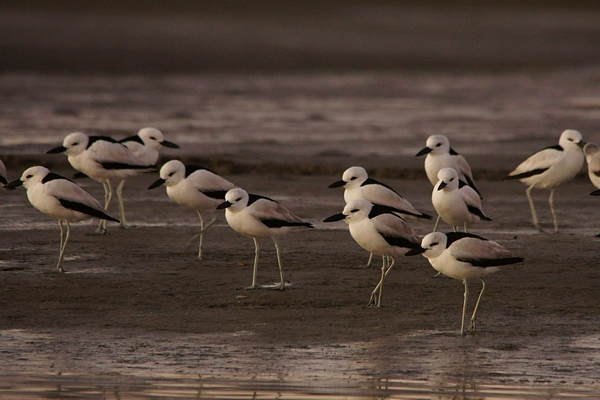