Located in south-east Europe, the Ukraine is bordered by Belarus to the north, Russia to the north and east, the Sea of Azov and the Black Sea to the south, Moldova and Romania to the south-west and by Hungary, Slovakia and Poland to the west.

Key habitats: Mountainous areas include the Carpathians in the south-west and the Crimean chain in the south. In the north and north-west are forested areas including the Prypyat marshes, with grey podzol soil and numerous swamps. Forest steppes extend across central Ukraine and fertile black soil steppes cover the south. Wetlands are typical of the coastal zone of the Black Sea and the Sea of Azov.

No. of Globally Threatened Birds: 10. No: of Near Threatened bird species: 8 No. of Important Bird Areas: 166

BirdLife Partner Designate: Ukrainian Union for Bird Conservation (UTOP. Date founded: 1994. Number of members: 1,500 Major programmes: UTOP is actively involved in identifying and cataloguing nationally and globally important sites for biodiversity. To date, 453 sites have been surveyed, and 166 sites (covering 2.5 million ha) identified as Important Bird Areas (IBAs) and included within BirdLife's World Bird Database. A directory of Ukranian IBAs was published in 1999, and a national IBA report in 2002. UTOP's work on threatened species includes the publication of 17 National Species Action Plans, surveying, monitoring and undertaking conservation actions, and generally promoting their conservation - for example, Little Bustard Tetrax tetrax, Great Bustard Otis tarda and Corncrake Crex crex have been removed from the list of gamebirds. UTOP is also actively involved with raising public awareness of birds through the media. A Ukranian field guide has been published, and around 17,000 participants regularly take part in annual Winter Birdwatch and European Birdwatch events. 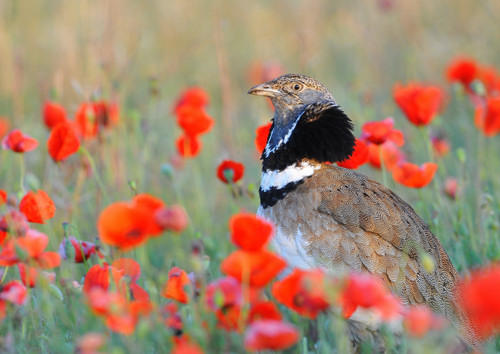 No Trip Reports Have Been Posted for this Region Yet.