Uzbekistan is situated in the heart of Central Asia and the most densely populated of all Central Asian states. Despite this, nature and wildlife in Uzbekistan remains rich and diverse.

The extraordinary Ustyurt Plateau, the escarpments of which form the shores of the Aral Sea, is situated in the North of the country, while the vast Kyzylkum Desert neighbours the floodlands of the tugai forests, which fringe the two largest Central Asian rivers, the Syrdarya and the Amudarya. The spurs of the Pamyrs-Alai and Tien-Shan mountain ranges, which are are capped with snow all the year round, rise in the South and the East. There are also more than 500 lakes and reservoirs in Uzbekistan.

Together with its cultural and historic heritage, Uzbekistan has approximately 4,500 species of plant, 14,900 invertebrate and 702 vertebrate animal species recorded across an enormous breadth of landscapes. Of these, around 400 plant and 40 vertebrate animal species have not been recorded anywhere outside of Central Asia. It is therefore no surprise that the unique nature of Uzbekistan has always attracted scientists, travellers and birdwatchers. This biological diversity is of global importance, and is strictly protected by the state, including eight nature reserves, two national parks, a biosphere reserve, 10 preserves, five nature monuments, and a centre for rare animal breeding. Two wetlands have Ramsar international certificates, while 51 sites are included on the global network of Important Bird Areas (IBAs).

One of the reasons Uzbekistan boasts a wide range of avian fauna is because it lies on the crossing of migratory routes from Western Siberia and Kazakhstan to Iran-Caspian and Indo-Pakistani wintering grounds. More than 460 avian species are encountered in Uzbekistan because of this; and of these, more than 265 species are nesting.

Early May is the most convenient time of year for birdwatching in Uzbekistan. Many excellent sites are relatively close to major cities that are visited by tourists, and it is easy to reach these places independently. Visitors to Tashkent can visit picturesque tracts of the Western Tien Shan range, Chimgan and Berldersai, which are only two hours' drive from the city. Within just a single day it is possible to observe more than 40 avian species, including the Egyptian Vulture; Booted Eagle; Saker Falcon; Chukar; Tawny Owl; Crag Martin; Red-billed Chough;Yellow-billed Chough; Blue Whistling Thrush; Yellow-breasted Tit; Rock Sparrow; White-winged Grosbeak; White-capped Bunting and Red-headed Bunting.

The site of a floodplain forest, Dalverzinsky Tugai, is preserved 120 km to the South of Tashkent on the left bank of the Syrdarya. The shrieks of lekking Turkestan Pheasant males can be heard throughout the forest. These birds with their fantastically bright plumage can be seen easily, too. Other species characteristic of this landscape are the Black-crowned Night-heron; Shikra; Pallid Scops-owl; White-winged Woodpecker; Turkestan Tit; and White-crowned Penduline- tit.

An interesting excursion can be made even without leaving Tashkent. In the city botanical garden, the area of which is about 70 hectares, there are more than 30 avian species. Together with common urban species, it is possible to observe Pygmy Cormorant; Scops-owl; Turkestan Tit; White-winged Woodpecker; Bohemian Waxwing; Black-throated Thrush and Hawfinch.

Only 40 km to the South of the city of Samarkand there is the picturesque Takhtakaracha, or Alexander, mountain pass on the Zerafshan Ridge. More than 40 avian species can be encountered there, including the Lammergeier; Himalayan Vulture; Short-toed Snake-eagle; Hume's Lark; Persian Robin; Asian Paradise-flycatcher; Dark-grey Tit; Eastern Rock-nuthatch and Grey-headed Goldfinch.

A site of sandy clay desert with saxaul, takyr soils and saline lakes is situated 42 km to the South-East of the ancient city of Bokhara, the 9,000-hectare Jeiran Ecocenter, in which a unique natural complex is preserved through a strict protection regime. During a single field trip up to 50 wetland and desert avian species can be observed, such as the Dalmatian Pelican; Great White Pelican; Cattle Egret; Ferruginous Duck; Houbara Bustard; Greater Sand Plover; Sociable Lapwing; Pallas's Sandgrouse; Pallid Scops-owl; Egyptian Nightjar; Desert Warbler; Streaked Scrub-warbler and Desert Finch.

For more information, buy The Birds of Uzbekistan through www.discovery-bookshop.com 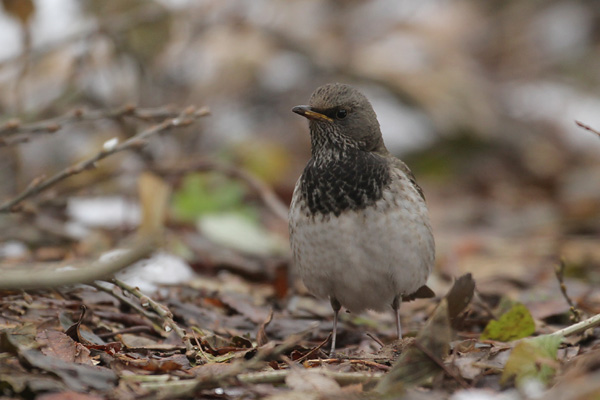