The Philippines is an archipelagic country facing the Pacific Ocean to the East and Mainland Asia to the West. Given its small area and 7,107 scattered islands the Philippines has recorded an impressive number of bird species (more than 600 almost 200 of which are restricted to the Philippines).

From the biggest (the Philippine Eagle) to the colourful flowerpeckers and melodious babblers, it was only in 2004 that a new species, the Calayan Rail, was discovered on a tiny island in the north of the country. 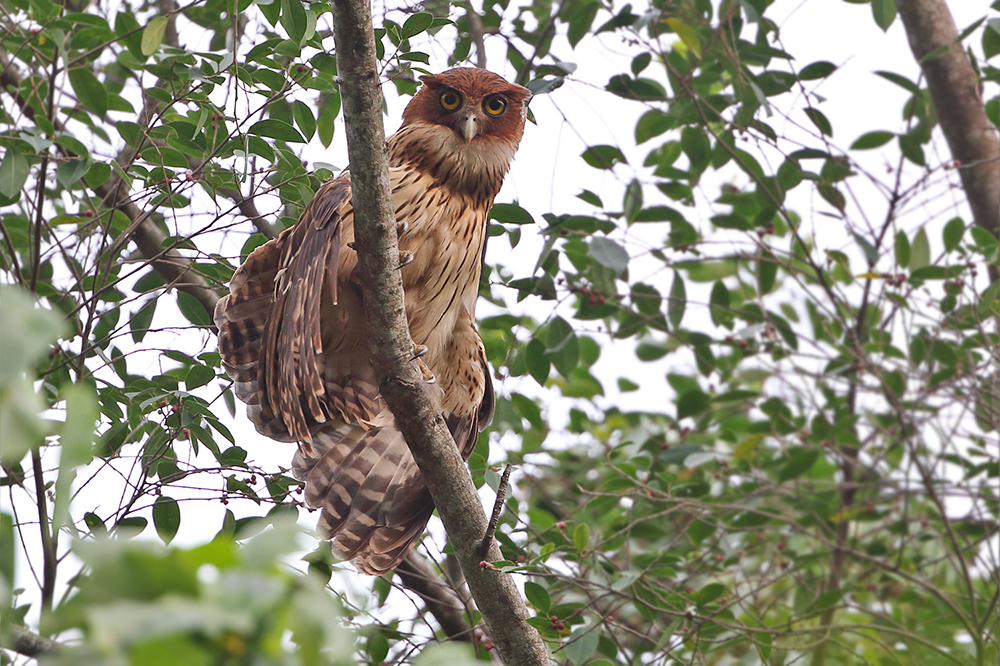 The Trench Foot Tour - Philippines 2006: South Luzon, Mindanao and Palawan - 4th to 18th February 2006, author Ian Merrill (added May 15, 2006)
(As one of the most physically demanding, rain-drenched and sleepless trips draws to a conclusion, it will not, however, be the hardship that will stick in the memory. It will be the awesome adult Philippine Eagle calling in the canopy above our heads.....)

Mindanao, Philippines - 23rd January - 1st February 2009, author Graham Talbot (link created December 4, 2012)
(At the last count there were 172 endemics and I’m sure this will increase significantly once the splitters take an interest in the many different island forms.)