Although not widely discovered yet, Estonia is ideal country for observing massive bird migration. Although the smallest and northernmost of the Baltic countries, Estonia lies on the crossroad of the Eastern Atlantic migratory flyway: Estonia is locked between the Finnish Gulf, the eastern coast of the Baltic Sea and Lake Peipsi near the Russian border.

Geographically the Estonian waters and coastline are a natural flyway between breeding and wintering areas for millions of Arctic waterbirds. In total, over 50 million waterbirds are estimated to pass along the Estonian coast and marine territories annually. But it is not just about non-stop passage: the country's long and indented coastline, shallow and sheltered bays, straits, coastal meadows, marshes, lagoons and 1,000 islands offer crucial feeding and stop over sites, whilst Steller´s Eider is easily observed on their wintering grounds.

Birders can also hope to see such specialities as Pygmy and Ural Owl along with Black, White-backed, Grey-headed and Three-toed Woodpeckers which are all still quite common in Estonian woodlands. For more information on birding opportunities visit Estonian Nature Tours. 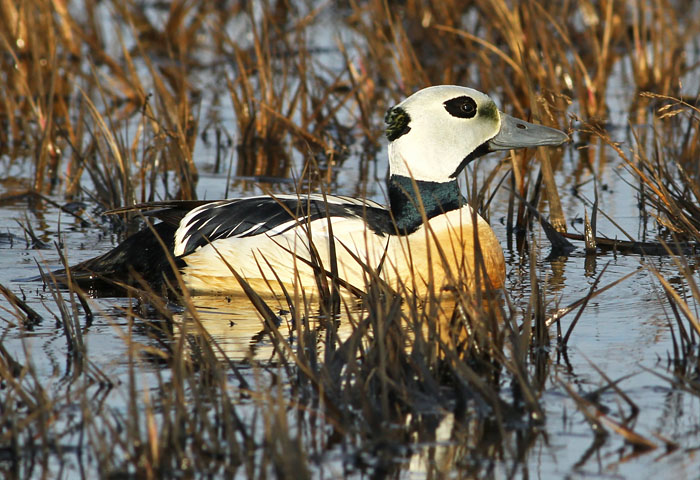