China is one of the largest countries in the world with a total area of 10,000,000 square kilometers or 7 per cent of the land surface of the planet. It is a huge country of great extremes from the world's highest peak of Everest, at 8,848m, to one of the world's lowest land points, at -155m in Turpan basin, and from the permafrost of the extreme north to the tropical seas of the extreme south. Habitats include forests, grasslands, deserts and wetlands.

This great diversity of habitats, together with China's large size give rise to a great richness of biological diversity. China is ranked as one of the top five richest countries in the world in terms of its vertebrate species—a remarkable fact for a largely temperate landmass. In terms of birds, this richness is demonstrated in over 1,300 species recorded, including some of the most spectacular and fascinating birds in the world.

China is the world distribution centre of pheasants with 62 species out of a global total of about 200. Another particularly Chinese group is the laughingthrushes of which China boasts no less than 36 species or more than half the global total. China is also rich in parrotbills, leaf warblers, crows and rosefinches as well as in ducks, swans, and geese. Nine of the world's fourteen crane species live in China, breeding in the north and migrating in winter to the southern wetlands. 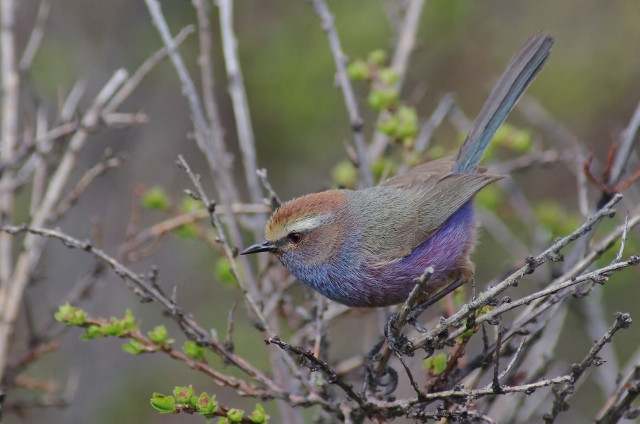 Hunting mega birds in Southern China, author Surfbirds Admin (added January 22, 2005)
(A very enjoyable two weeks chasing some of South China's most elusive birds. The trip was planned with the intention of visiting as few places as possible to see as many of the endemics and near-endemics of the region. Cabot's Tragopan pic !)