The landscape of mainland Greece is characterised by a mountainous interior (average altitude 500 m), with mountain ranges extending into the sea forming a heavily indented coastline and island chains. The interior is intersected by valleys, and interspersed with plateaux and major lake systems. Greece has a coastline of 13,676 km, some notable coastal lowlands, and around 2,000 marine islands and rocky islets.

Key habitats: Arable agriculture occupies 22% of the total land area (permanent cropland 8.5%). Forest, scrubland/maquis and eroded/dry areas are around 45%, of which grazing land comprises 20% of the national total, 9% is urban and 4% uninhabited rocky islets. About half of the arable and grazing lands are in the coastal wetland plains. Lakes and temporary wetlands cover approximately 1,140 km2.

Number of National Parks (including marine parks): 11 (Although there is no coherent state programme for their effective management) The BirdLife Partner: Hellenic Ornithological Society (HOS). Date founded: 1982. Number of members: 500 Major programmes/areas of work: HOS's Important Bird Area (IBA) programme has helped shape the country's conservation policies. Since 1998, the organisation's expertise has enabled the government to identify and gazette 151 Special Protection Areas out of the 196 IBAs recognised by HOS and BirdLife.

A major conservation project on the Eleonora's Falcon Falco eleonorae in the Mediterranean will be implemented from 2003 to 2007, in collaboration with the RSPB (BirdLife in the UK) and other BirdLife partners, while an advocacy initiative on illegal hunting is also envisaged. 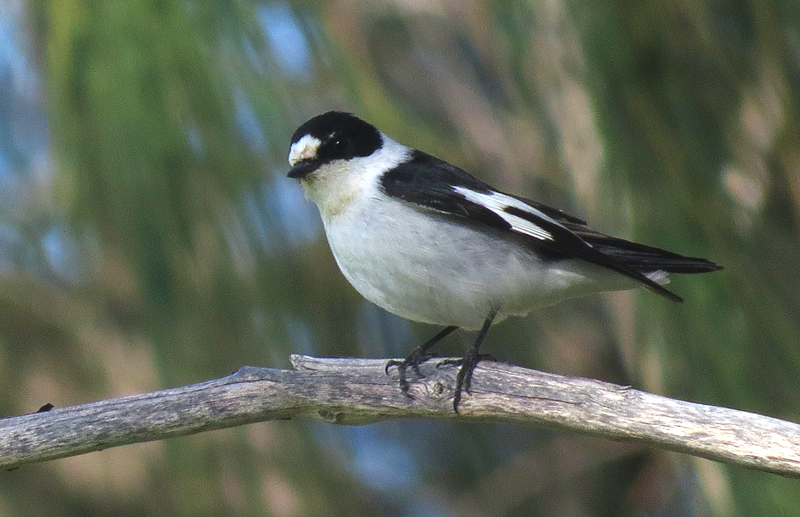 Samos - September 2008, author Alan Miller (added October 1, 2008)
(Anne and I made a September visit to Samos to experience autumn on a Greek island. We were not disappointed with good weather, delicious food, friendly people and an interesting range of birds and butterflies.)