Venezuela is located on the northern coast of South America, it has land borders with Colombia to the west and southwest, Guyana to the east and Brazil to the south. It also borders several Caribbean states over its marine territory. It is the sixth largest country in South America in terms of land area. Venezuela is considered one of the megadiverse countries of the world, it is placed sixth in terms of bird diversity, after Colombia, Peru, Brazil, Ecuador and Indonesia.

Of the 1,396 species present in the country, 26 are globally threatened and a further 30 are classified as Near Threatened (BirdLife International 2007). The recently described Carrizal Seedeater (Amaurospiza carrizalensis) is Venezuela's only 'Critically Endangered' bird.

Venezuela is important in providing habitat to migratory birds asstopover or overwintering sites, with 135 species coming from North America, 10 from the Caribbean and 23 from southern South America. Many coastal lagoons, beaches and mudflats represent the first landfall for millions of migratory species after a long flight over the Caribbean.

Venezuela has also been considered to hold the most important sites in northern South America for wintering Blue-winged Teal reaching numbers in excess of 35,000, mostly in wetlands in the east of the country.

For the birdwatcher interested in the Neotropical region, Venezuela is a classic destination. The traditional birding circuit in the northwest of the country remains as wonderful as ever, but as Venezuela's avifauna runs to nearly 1400 species, many of which cannot be seen in the most frequently visited parts of the country (i.e. Henri Pittier National Park, the Llanos and the Andes), many birders now concentrate on finding the many specialties of the eastern half of Venezuela. The ultimate prize here is the famed but rare Harpy Eagle, but the region also features curassows, trumpeters and macaws.

The region's most spectacular morphological feature are the Tepuis, huge and towering rocky outcrops that stick out of the jungle and are topped by extensive plateaus inhabited by a superb selection of endemic birds and plants. The higher slopes of these isolated mountains hold numerous specialities, including a series of regional endemics, including White and Bearded Bellbirds, Rose-coloured Piha, Red-banded Fruiteater and Scarlet-horned Manakin, while in the adjacent lowlands the exquisite Crimson Topaz, the out-of-this-world Capuchinbird, the fabulous Guianan Cock-of-the-Rock and the attractive Cayenne Jay can all be found. 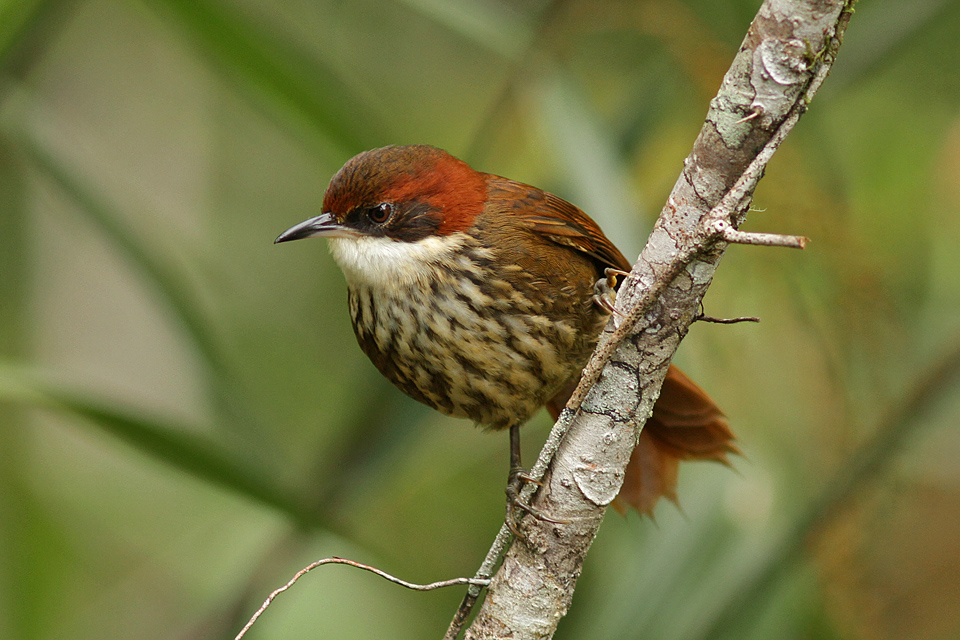 North-east Venzuela - endemics 4th March - 10th March 2005, author Joseph Thompson (added April 6, 2005)
(Our trip was designed to look for the local endemics in the states of Sucre and Monagas)