Located in the Mediterranean region, Spain is very important for wildlife with 32% of its surface area qualifying as Important Bird Areas (IBAs). The country is organised into 17 regions, each with its own regional government and a central government that deals with global political issues at a national level. Environmental laws apply at both levels.

Spain hosts a number of species that occur nowhere else in Europe, whilst other species rare elsewhere (eg: Lesser Kestrel) are common in Spain. Popular birding areas include Los Picos de Europa in the north of the country for Griffon Vulture, Lammergeier and Eagle Owl, the central steppe for Little and Great Bustards, Black-bellied and Pin-tailed Sandgrouse, larks and wheatears, and the Coto Donana and surrounding area for White-headed and Marbled Ducks, Crested Coot, Purple Gallinule and (found nowhere else in Europe) White-rumped Swift.

Key habitats: There is a wide diversity of habitats: from coastal areas to inland Mediterranean habitat, to the high mountains and the wet Northern Cantabric region. The central regions are dominated by agriculture.

Threats: The main threats are habitat fragmentation and a decline in habitat quality, mainly due to increasingly intensive human use, including inappropriate infrastructure development.

SEO/BirdLife is also active in bird monitoring, which provides essential data and a sound basis for conservation work. A recent example is the just published Atlas of Breeding Birds of Spain, which covers the whole country with all breeding species recorded in 10 x10 km squares.

SEO/BirdLife has been increasingly active internationally, and since 1998 has worked mainly in North Africa and Latin America. In Morocco, SEO/BirdLife is carrying out mainly wetlands projects and has a permanent base and is responsible for the BirdLife country programme. www.seo.org 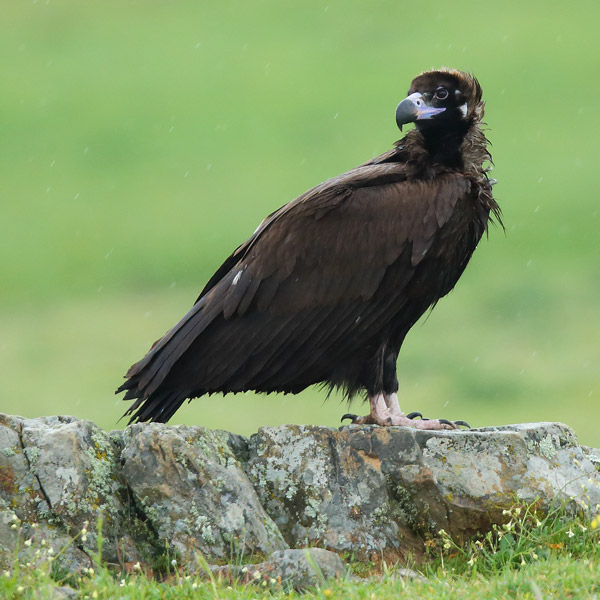 Picos and Plains - The Best of Northern Spain - 2 – 11 August 2015, author Naturetrek (link created November 7, 2015)
(We experienced an array of habitats and wildlife from the sky-high Picos de Europa to the warmer Mediterranean-influenced plains and rivers of Castilla y Leon)

Southern Spain (Cota Donana and Grazalema) April 2005, author Alan Miller (added May 8, 2005)
(The spectacle of thousands of birds at El Rocio marshes from our hotel room, amazing views of Red-necked Nightjar on the road in front of the car, and stunning views in the mountains with raptors circling overhead were some of the highlights of 10 days sp)

Southern Spain May 4th - 7th May 2006, author Richard Bonser (added May 24, 2006)
(I was keen on seeing Western Olivaceous Warbler and Common Waxbill)

Coto Donana, Spain, 17th – 24th February, 2007, author Christopher Hall (added March 17, 2007)
(By the end of this most productive trip we had seen everything from the tiny Zitting Cisticola to the mighty Spanish Imperial Eagle)

Barcelona, Spain - 20th - 23rd January 2012, author Mark Hows (added February 9, 2012)
(The opportunity to visit Barcelona was impossible to resist with its excellent selection of exotics and close proximity to the Pyrenees a good trip was in order)

Spanish Pyrenees, Belchite & Ebro Delta - 14th - 29th May 2003, author RICHARD J WESLEY (added February 10, 2006)
(Citril Finches were again in evidence feeding under pine trees near the carpark. We took the main track and were soon to be rewarded with stunning views of Wallcreeper on the second main face.)

Granada, Spain, Yesterday I had the pleasure to guide Susanne and author Pau Lucio (added February 19, 2017)