Brazil is an immense tropical paradise teeming with extraordinary natural history, stunning scenic beauty and the greatest biodiversity of any country in the World! Brazil is the mecca for neotropical birding, simply an essential pilgrimage for any birders wanting to enjoy the tropical birding trip of a lifetime! Boasting the second richest avifauna in the world an incredible 1837 bird species and an amazing 230 endemics and rising with new species discovered every year! Brazil could keep a birder busy for a lifetime.

Brazil offers a wonderful stable and safe eco tour destination, excellent modern infrastructure, full of friendly Brazilians with an endless variety of tasty cuisine and of course birds and nature galore! Therefore it's no wonder Brazil has become a premier destination for bird watchers, nature lovers and nature photographers alike.

This massive and richly diverse country can be divided into six major biomes – Amazon, Atlantic Forest, Pantanal, Cerrado, Caatinga, and Pampa – each with its own unique avifauna. Given the potential for adding to their life list, birders typically plan to hit several regions in a single trip; for example, the state of Mato Grosso contains outstanding birding sites in the Amazon, Pantanal, and Cerrado, while a trip to Bahia will cover Atlantic Forest, Cerrado, and Caatinga birding. 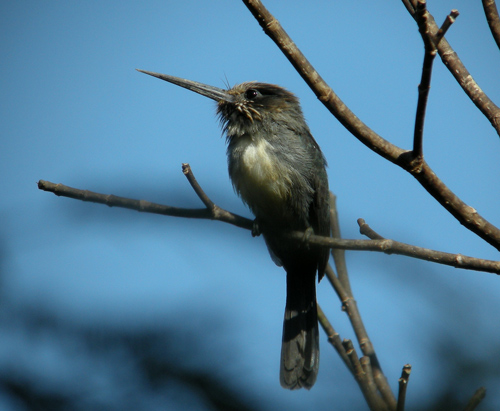 Planes, Trains and Antbirds - Mato Grosso, Minas Gerais and The Atlantic Forest: 17th August - 7th September 2003, author Surfbirds Admin (added September 23, 2004)
(We have notched up an amazing 630 species in the last twenty-two days, in what has been one of the most enjoyable trips ever. Highlights are too numerous to list, but include 66 Brazilian endemics and no less than 67 'antbirds', for me the epitome of Braz)